forty miles from atlanta, this is nowhere 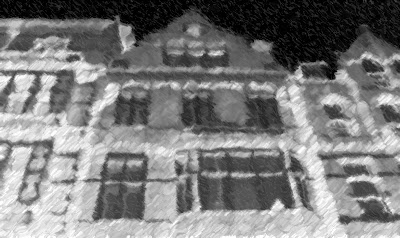 On Friday, I wrote about my simple formula for what constitutes YA.

And this is also why I hate YA. Because these limited qualifying characteristics that I can come up with to unify the genre also split it apart; make it so broad that to give it a name is kind of pointless. You know there are people who definitely fit into the Y category (characters in books, and real ones) who may be pushing 30 years old, and we know that the A part kicks in around 14 or so.

Which speaks to my frustration about the whole genre-classification.

None of that matters very much to me.

Oddly to me, some so-called "YA" books entertain us with remarkably mature (emotionally and psychologically) protagonists who happen to be in their teens (there are dozens of titles that come to mind -- admit it, you can name some, too), although they apparently have nothing going on in their southern provinces, if you know what I mean.

So here's the deal: there is sex in The Marbury Lens, as there is also sex in my first two novels, Ghost Medicine and In the Path of Falling Objects. You can't really help it if you're writing YA, especially with male protagonists, because sex is such a hugely powerful motivator and tormentor of adolescent male souls.

Sorry, but that's the truth.

I suppose that one day I will build a literary universe that is sexless, but one day, I also plan on writing an MG novel, just for the hell of it, and because I think it would be fun. And really really easy, too. [The following statement was only expressed to piss off my friends who write MG.]

And the thing is, too, the fact that there is sex in my books does piss some people off.

And all of them are grownups.

They get all angsty and nervous when they have to consider such unthinkable things as sexual pressure, curiosity, confusion, and identity in teens.

Teen readers don't care about it. They know what's going on. It's their parents (or frequently, adults who don't even have kids) who have a hard time confronting such issues.

Oh, and don't worry, I have been told things like, We all know about this stuff, so you don't need to put it in any books.

Well. Yes I do. Because most parents won't talk about "this stuff," not among each other, and definitely not to their kids. In fact, I'm pretty confident that the grownups who don't have any hangups talking to kids about sex, sexual pressure, curiosity, confusion, and sexual identity probably also don't have any problem with those issues appearing in books, either.

I could be wrong.

And besides, the sexual "ideas" that exist as kinds of riptides beneath the currents of the characters' motivations in my three (and future) novels are expressed in a pretty tame (but definitely present) manner.

I know, for some people, "tame" means you shouldn't talk about it.

Still, unless you're talking about a species of Young Adult that I've never encountered, sex is going to be something that's always present, and sometimes very powerful, in their universe.

Now go talk to your kids.

And try listening, too.