Mr. Smith told me that his idea for unwriting was inspired by a twisted short story written by Hector Hugh Munro, called The Unrest-Cure. I haven't read the story myself. In fact, I've never heard of this Munro guy, but if Mr. Smith says I should read him, I guess I will.

I will add more on Mr. Smith's philosophy regarding unwriting.

I managed to salvage the memory card from my digital camera from being totally ruined by the seawater, and was able to extract only two photographs that I'd taken inside Mr. Smith's office.

I think they speak for themselves. 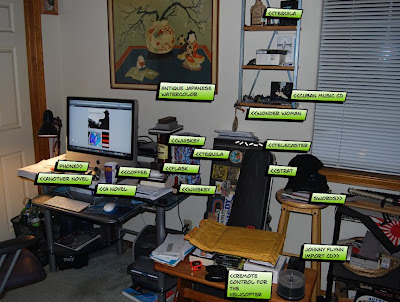 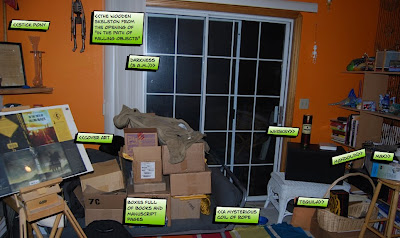