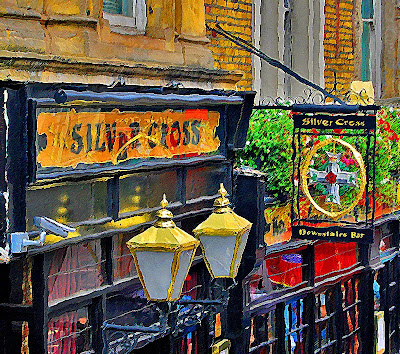 He said there were only four things we had to do:

3. Have a killer first line.

I understood what he meant by the first three things, especially because Mr. Smith read us some of his favorite opening lines from all kinds of different pieces of literature. A lot of them were really short and punchy, but some of them were long and sounded like poetry, but I think we all got what he was trying to show us about the first line, especially because all of the stuff we're going to be doing is pretty short, anyway.

But it made me think about how some writers must really spend a lot of time thinking about the exact words they want to use.

The last part, though, the "getting over ourselves" rule confused most of us, so Mr. Smith had to explain.

He said that the only time when something you write is part of you is before anybody else reads it. Mr. Smith said, once you write something and hand it over to someone else, it's like the umbilical cord has been cut and the thing has to either get up and travel with the herd or be torn apart by predators.

He said if we can face cutting the cord, then we can help what we write get legs and move forward.

Mr. Smith said that a lot of people who write won't let their "babies" try to grow up on their own. He said people like that can't get over themselves, because when they work with editors who try to help them make their work stronger, they take everything that's being said as some kind of personal attack -- like calling your baby ugly or something.

That's what he meant by "getting over ourselves." He said for a lot of people, this is hard to do because everything most people think they "learn" about writing happens at school, where letter grades tell you whether or not your baby is ugly, and there's almost no chance for your work, or you as a student, to evolve.

This is really different, but I think I like the way he looks at things.