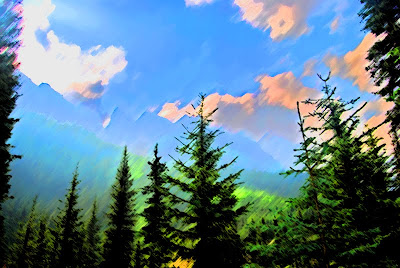 One of the reasons I prefer good fiction to nonfiction is this: I believe that all truths can be found in fiction, but that nonfiction contains a lot of camouflaged lies.

With fiction, you know what you're getting, and you know you're going to have to work at peeling away the author's embellishments and biases, but nonfiction tends to lull you into the complacency of acceptance. And, unless you're a book reviewer, working on a school assignment, or a talk show host, most people wouldn't ever pick up a work of nonfiction written by an author they believe is a fraud -- so there's already a preexisting acceptance of what's being told among a large part of the audience.

Which reminds me of another comment I received a few weeks back, from author Tabitha Suzuma. I had written how many authors, when giving advice to aspiring writers, repeat without thinking this meaningless, self-contradictory mantra: You have to have a thick skin to be a writer. Tabitha brought up another, probably one of the most over-repeated bits of writerly advice: Show, don't tell.

But, if you ask a writer what they mean by that, um... they, like... drift off into the kingdom of the clueless. It's hard to put into exact words the distinction between "showing" and "telling," because, after all, we're using written words as our medium of conveyance, and written words can only tell, unless you're describing font styles or something.

Oh, but let me tell you: I have found the BEST novel that I use when I teach young writers the difference between telling and showing, because this novel is clearly tell, tell, tell -- truly a masterpiece of what NOT to do as a writer (unless your goal is to show how crappy you are). And it's selling very well, by the way (a 2009 release that I laughed my way through... unfortunately, wasn't supposed to be funny).

Oh well... I am taking the time to enjoy my phase of unwriting at the moment, which means I finally GET TO READ again. Today, I am starting right in to a book that's soon to be released, The Gardener, by S.A. Bodeen.