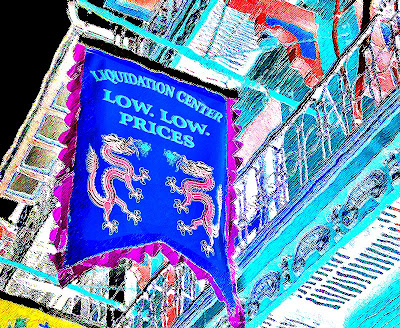 My mom is going to kill me.

What started out as my final four hours job-shadowing Young Adult Novelist Andrew Smith as he showed me how to unwrite has turned into a slow overnight trip through every ring of hell, and some that Dante didn't even know about.

I am sooooo going to be busted.

But I am not even going to detail everything that happened to me. I'm only going to list the things I learned in the last 26 -- yes twenty-six -- hours I spent with Mr. Smith as he began to, in his words, "re-create my soul after the destruction that writing a novel can do to it."

Here's what I learned:

1. You should never transport a live, free-range monkey inside your mom's brand-new Volvo.

2. All those cop shows on TV where they give you one free phone call after you get arrested are lying.

3. GPS systems do not function under water. Do not believe anyone who tells you about a government conspiracy to hide submarine highways to Atlantis.

4. Getting a tattoo doesn't hurt as much as most people say it does.

5. Gucci slacks do not make "bitchin'" cutoffs, even if you did tear the knee.

6. There is no official month known as "Manuary," and anyone who tells you there is is just trying to make you do stupid things.

7. Unwriting is the coolest part of writing.

8. I have never been more certain in my life that I want to be a writer.

9. But my mom is still going to kill me when I get home.

10. Isn't there a train station, or something, in Tijuana?

--Nick Sweeney
Posted by Andrew Smith at 3:11 AM