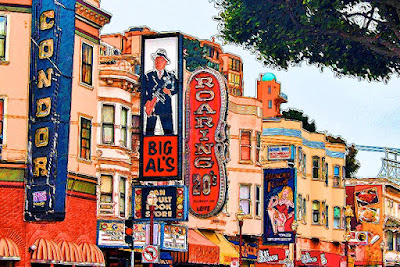 7:15 AM -- My time with Mr. Smith was nearly half over, and he had been "writing," which, to him, included a bunch of other things that weren't actually producing words, for the entire time.

I always thought that being a writer meant that you just sat down and wrote, but Mr. Smith told me that being an author had a lot more "subtle requirements" as a profession.

7:45 AM -- When I started feeling a little sleepy, I put my earbuds in and turned on my iPod. I found out that Mr. Smith is not a big fan of iPods.

He said, "Nick, if you want Apple Computer, Incorporated to plug up every hole in your head, you'll never be a writer. Writers need their holes. Holes let things in. You know what doesn't have holes? Maggots."

Then he went back to his index-finger typing.

All I knew was that my nicest trousers had holes in them from trying to "jog" with Mr. Smith, I had dried horse snot on my left sleeve, and I was seriously considering a future in, maybe, the nursing profession. As long as I didn't have to touch anyone without gloves on.

Mr. Smith told me if I wanted to listen to music in his house, that I'd have to listen to it alongside another human being.

That kind of scared me, because I'd never done that before.

8:15 AM -- Mr. Smith told me I was there at a very fortunate time, because he was just, at that moment, finishing up two major projects.

The first, he explained, was a submission of all the things he questioned about the typeset pages of his novel that will be coming out later this year.

"I never know if these things are big deals or not. My obsessive attention to inconsequential details, like white space on a page, is, I think, an obstacle to me at times."

Like many of the things he said to me about writing, I didn't understand what he was talking about.

The second project he finished, while I sat there, was his sixth novel, which he refused to tell me the title of. He said he finished it days before, but kept agonizing over whether or not to include the final pages.

Ultimately, he decided to cut the last pages from the book.

I asked him what the pages were about, if I could read them, and he said, "Nick, I never let anybody read anything of mine before my agent or my editor. Not ever. You know why? Because it would make me crazy, that's why."

I puzzled over that last statement -- about making him crazy.

8:45 AM -- I watched as Mr. Smith uploaded and sent his latest novel to his agent via email. Then, he sent it to his editor.

He said, "Usually, the first thing I'll do when I send off a novel is I'll have a shot of whiskey, Nick. But, it's too early in the morning for that."

I was greatly relieved.

Then he said, "I'll wait until nine."

9:00 AM -- Mr. Smith told me that one of the most essential processes in being a writer was what he called unwriting, which, he said, was something that he absolutely had to do every time he finished writing a novel, but hadn't been able to do properly since he finished novel number four.

So, he told me, he had to do a double unwriting session, and I'd get to observe what that was like for the last four hours of my job shadow assignment.

In my fifth and sixth hours of observing Mr. Smith at work, I learned that writing and writers are scary, that people shouldn't plug up their holes with machinery, and that something called unwriting was probably going to get me in a lot of trouble.
Posted by Andrew Smith at 5:18 AM