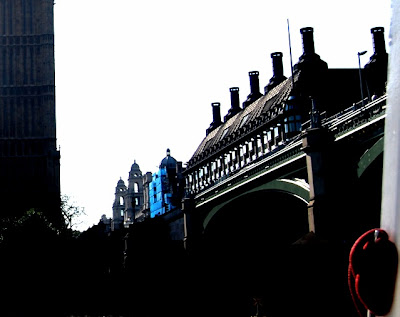 The questioning fish is just not tuned in to the fact that water is actually everything to him, it constrains the limits of his universe and defines his existence.

I think there are two important aspects of sexuality that are frequently mishandled, trivialized, and obfuscated (that word sounds nasty) in popular "YA" (and let me tell you how much I absolutely hate that categorical brand) literature: gender identity and sexual identity.

They are different things, and both of them put a hell of a lot of pressure on adolescent males.

I don't know so much about females. Never been one.

The gender identity aspect has to do with what it means to act like a man -- the expectational pressures placed on boys to behave in certain ways -- to "suck it up," for example. This is no small part of Jack's problem in The Marbury Lens. He doesn't tell about what happened to him, because he believes he isn't supposed to. It's just the way boys are socialized to behave.

A side note -- I have met hundreds of people who have read The Marbury Lens, many of whom are young adult males who've had similar experiences to Jack's. Their stories have been distressing and predictable to me. I have also received lots of emails from very irate -- outraged -- people who have said things along the lines of, Oh, I totally stopped caring about Jack when he didn't report what happened to him to the (police, his family, etc. etc. blah blah blah).

In fact, Jack only tells two people -- Conner, who loves Jack and would do anything for him -- and Nickie, who also loves Jack but does not want to put up with his self-destructive bullshit. So Jack promises Nickie he will get help (of course this is a lie, because Jack expects he is supposed to "suck it up" and be a man, and he doesn't want to lose Nickie).

The gender role of Nickie is also important to me. Guess what? She is NOT the Barnes-and-Noble crafted YA female lead. She is not a huntress, queen of the forest, who will fix a shallow, flawed, and frail Jack. She is in love with Jack for his endearing qualities, but she draws the line (and suffers because of it) when she recognizes she doesn't have the power to mend the things broken inside this guy she cares about.

Tomorrow, I'll talk about the more important part of the water in our fishbowl -- the pressure of sexual identity.