the creature in front of the pancake house 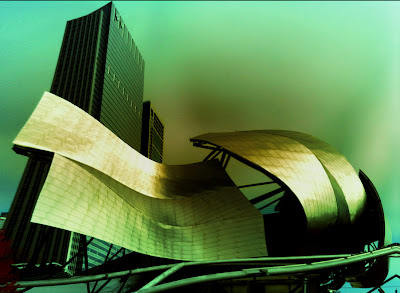 This has been quite a memorable trip.

Yesterday, I had lunch with my Simon and Schuster editor, David Gale. We talked about books, of course. He is the one responsible for bringing you Winger in spring 2013. I am very excited about the process and how much Simon and Schuster is behind this book.

Later this week, I am going to send him a few of the thousands and thousands of photographs I've taken over the years of the teams I have coached playing rugby, so the art department can get an idea of potential cover elements. It is not surprising that not too many people here in the US really know what rugby looks like.

When I send him the photos, I may also post them here.

After lunch, I spoke on a panel about books and outraged indignation with fellow authors Paul Yee, Lauren Myracle, and Cheryl Rainfield.

What an honor that was.

When it was my turn to speak, I talked a little about the Wall Street Journal condemnation of my book, what it felt like to me, and how it also impacted my own kids. It was a very good panel.

The room at the ALAN conference was absolutely packed, too, which was very gratifying.

It probably helped that while we gave our talk, Laurie Halse Anderson stood in front of the stage and hurled donuts into the crowd.

Laurie has quite an arm.

One thing I noticed from NCTE/ALAN: Well, maybe more than one. The people there are really incredible. Also, so many people there had read and fallen in love with Stick, my latest novel. There were people who actually waited in line just to meet me and tell me thank you for writing that book.

Also, yesterday I received from Liz Szabla (chimes!), my editor at Feiwel and Friends, a release of next month's School Library Journal review of Stick.

It is an amazing review.

I will leave you with this:

Gr 8 Up–A tall, thin frame has earned 13-year-old Stark McClellan the nickname “Stick.” He was born with a deformed ear, more like a hole in  his head, and he is hyperaware of what he sees as a grotesque physical defect. His older brother, Bosten, defends him from bullies when he can, and the boys do their best to look out for each other when their abusive parents are on the rampage. Stick has one friend, Emily, but not much else is good in his life. When Bosten finds some small measure of love with a schoolmate (another boy), Stick keeps the secret without judging, but all too quickly the families find out. Bosten runs away and Stick follows to find him. Well into the story, Aunt Dahlia is introduced, adding a small blossom of hope for the brothers. While staying with her, they experience life free from emotional and physical abuse and enjoy a week surfing with kids in her neighborhood. Dahlia and her seaside home offer the promise of healing and better times to come. Smith effectively structures the words on some pages to mimic the one-sided input Stick hears through his single functional ear. Most of the story is bleak and harsh, and Stick tells his tale in language that is frank, dark, brutal, haunting, and mesmerizing. Suggest this to readers who can handle the intensity of Smith’s In the Path of Falling Objects (2009) and The Marbury Lens (2010, both Feiwel & Friends).–Maggie Knapp, Trinity Valley School, Fort Worth, TX

It is my job to make your head explode.

Yet another reason on my lengthy list of why I need to get Texas included on my next tour.