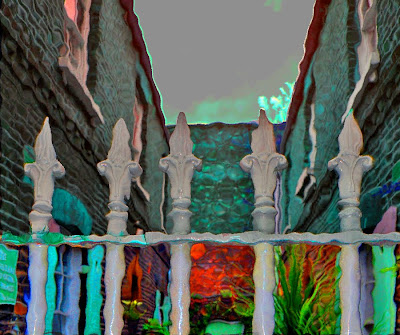 I have a couple of updates as of this past weekend.

First of all, the info. is out on the Los Angeles Times Festival of Books.

I will be speaking on a panel (tentatively) called Boys Will Be Boys: Guys Talk YA. Fellow panelists include Ben Esch, Blake Nelson, and Allen Zadoff, and it will be moderated by Cecil Castellucci (who is not a guy). This 45-minute panel will take place on the Saturday, April 24th at 1:00 p.m. on the YA Stage. Following the panel, we will be signing books, too.

Okay. I know all of the panelists, and Cecil, too, and I guarantee this will be a lot of fun. Just in case, though, I am fully prepared to craft balloon animals for all in attendance.

Second, I noticed that over the weekend, the New York Times ran an editorial by Nicholas Kristof called The Boys Have Fallen Behind (March 27). If you haven't read the piece, you should. But if you've been reading this blog for the past couple of years, you might not need to. It's entirely what I've been talking about (not every day, but dozens and dozens of posts about these same stats) since about 2008.

But, good job Kristof and the Times for running with the ball.

Mr. Whitmire argues that the basic problem is an increased emphasis on verbal skills, often taught in sedate ways that bore boys. “The world has gotten more verbal,” he writes. “Boys haven’t.”

I'm just going to believe that particular quote was chosen not in the most contextually-fitting manner, because I'd have a different take on the premise that the world has become more verbal, although I have to give Whitmire a strong "right on" for his assertion that the trend in teaching has been to make things boring and boy-hostile.

Anyway, I'll have to pick up Whitmire's book. And do read Kristof's piece in the Times, if you can get around to it.
Posted by Andrew Smith at 3:02 AM