the hills have hippies 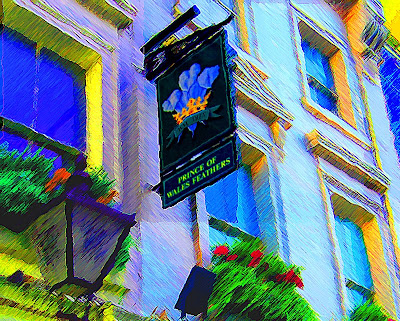 By Nick Sweeney, Grade 11 (for a few more weeks)

I am back at Mr. Smith's house while he is away for the week, after my harrowing experience in the mountains. Even taking care of Mr. Smith's horses for a while can't be as bad as what I went through for that day when I got lost.

Following the pre-programmed GPS that Drew had tampered with got me stuck out in the middle of nowhere. It was like that old television program, Land of the Lost, only instead of dinosaurs and ape-children, I was captured by a colony of hippies.

So, besides listening to EVERY SINGLE Pink Floyd album in its entirety (even the lame post-Roger Waters vinyl), and eating some brownies that made me feel really scared, the hill-hippies turned out to be kind of nice, and brought me back to Mr. Smith's house safely.

Now, they've offered to camp out behind the horse paddock and feed those horrid animals for me while the Smiths are out of town, and all I have to do is pay them twenty dollars.

I'll tell you more about the hippies tomorrow.