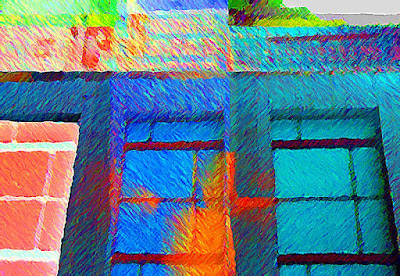 I feel totally dirty after that.

Now I feel like getting Mr. Smith in trouble. So I will.

You know what he said to me the other day? This was after a few comments were made on his the why chromosome blogs -- comments from his readers (Mr. Smith mostly disagreed with) who said that YA was marketed only to girls and that publishing was dominated by women, who kind of acted like gatekeepers to perpetuate the double-X control over literature.

Mr. Smith said he came to an epiphany one day when he was talking to an author friend of his -- one who happened to be an XX writer. He told me he realized that it was true that schools seemed to push this idea that reading and writing are feminine pursuits, so boys are frequently turned away and discouraged from finding their male voices in literature.

I said, is it because boys don't want to write after they go through school?

Mr. Smith said that was part of the explanation. But lots of guys want to be writers, he explained. One of the main reasons why there are more novels being published that are written by women is the economic reality of being a writer. Mr. Smith said that being a writer is a hard living, and since society puts so much pressure on males to be the breadwinners and have jobs -- careers with consistent paychecks -- that pay the bills and maybe also include health benefits for their partners and kids, men are pressured out of trying to write by the gender expectations of society and the economy.

He said that it's easier for women -- in general -- to become novelists because there is not as much external pressure on them to go out and be providers and breadwinners. It's more "okay" for a woman to stay at home or work only part time than it is for a guy.

At least, that's what he told me.

He deserves it for making me pee outside. Well, it wasn't really outside. It was in his greenhouse. But I'm still deeply damaged psychologically from the experience. I think one of his horses was staring at me.

And I want to go home.