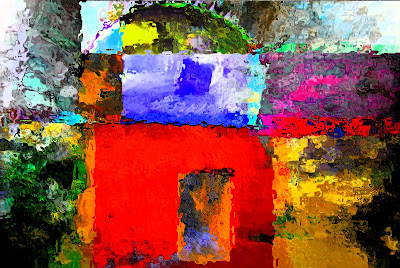 I feel guilty because I am driving Mr. Smith insane. That's what teenage kids are supposed to do, isn't it?

Ever since I got on Facebook, I've been making some interesting friends from all over the world, and they got me to play this addictive game called FarmVille. The thing that's driving Mr. Smith insane is that FarmVille plays this really inane, constant music -- over and over -- while it TELLS you what to do.

Mr. Smith says if I keep playing it and listening to the music long enough, that it will eventually tell me to murder everyone in the house. Plus, it made an avatar character for me that looks like a rapist.

But I can't stop playing it, and Mr. Smith is getting a little edgy, because his house is like an echo chamber and I know I'm a bad person for doing it, but I have the volume up all the way on the downstairs Mac and I really like the music, anyway.

So I think Mr. Smith may crack on Monday. That's the day he's going to do an hour-long radio and television interview. The interview is supposed to be about his books and stuff, but I predict he's going to end up talking about FarmVille.

Then, next week, he's going all over the place, including a signing event at a Brnes and Noble in Glendora. I don't even know where Glendora is, but at least my mom's Infinity has a GPS nav system in it.

Anyway, I've got to get back to FarmVille.