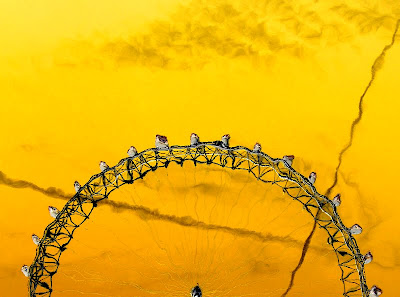 Let's just say I met "someone" at the Super Bowl party I went to on Sunday, which is why I haven't been taking care of Mr. Smith's blog for a few days.

I haven't been home (we live in Bridgeport, in Valencia, on the shores of a huge and perfect artificial lake that smells like Ajax cleanser), and Mom has been texting me like crazy. But I borrowed my new friend's BMW and drove up to Mr. Smith's house at his usual working time, just to let him know I was still okay.

But something apparently happened to Mr. Smith while I was gone. At first, I thought he might be dead. It was really creepy, because I just let myself in (he tells me to), and his office was totally clean. All the papers and boxes were gone. There was no more mysterious coil of rope sitting on the couch, which was now empty enough for me to actually sit on.

I even snapped a couple photos of it before realizing that Mr. Smith had been sitting at his computer (I also realized it was actually on top of a desk), working on something.

So we talked for a while, and Mr. Smith made me drink black coffee, which I did gag on, and he scolded me that kids my age should never fall in love and think they've found their soulmates because our souls were still fetuses and didn't we, at some point in the future, ever plan on having real fun?

I didn't get what he meant, and he does regularly strike me as being a sourpuss, but I guess I've been starting to grow fond of Mr. Smith, not in a creepy way or anything, not like my new friend I met at a party in Tesoro on Sunday (which is probably the second-nicest tract in Valencia, after Bridgeport).

Then Mr. Smith and I talked about writing again, and he told me some really interesting stuff. But I have to get the Beemer back before my friend wakes up, and I really should go to school today, too. So, I'll have to tell you about it next time.