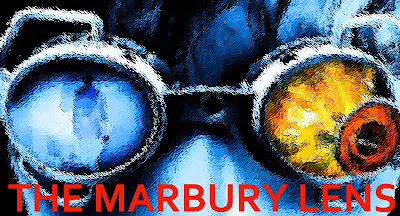 Mr. Smith gave me back my story. He said this is "Round One."

He took the time to sit down and explain the things he wrote on it, too. And it wasn't that bad at all.

I realized a couple of things when we had the chance to go through and talk about my story. First, I really started to understand the idea of "editing" for writing. I always thought about "editing" like edited for television -- you know, where certain stuff gets cut out because you don't want people to see it. But it wasn't really like that. Sure, Mr. Smith showed me a handful of sentences that he said were unnecessary -- because the readers already knew that stuff and it was like I was hitting them over the head. And I saw that by taking a couple sentences out, my story did move along much better.

Mr. Smith always told us that about editing, but I guess until you go through it, it's hard to understand.

And I also realized something else Mr. Smith had been telling us, but it never sank in: that it's impossible to edit your own work. He says that when writers "edit" their own work, they are really just revising it, that actual, honest editing, by definition, means an objective set of eyes is added to the team.

It's like seeing the work through a different lens, which is why Drew put this picture on today's blog post. Mr. Smith is letting me read The Marbury Lens from his typeset galley pages (even though he said there were mistakes on them -- and he put a sticky note on every page he had a problem with -- even though I can't "see" what the big deal is), and he told me I could write about it if I didn't give away anything in the story.

I am about halfway through it, and I have to say that it really creeps me out in a lot of ways. First, not just because it's scary and stuff, but when I read a book, if I really like it, I imagine myself as being the main character. And this one is really weird because I really feel myself wanting to be inside the story, like the main character, a kid named Jack, but at the same time, the things that happen to him are totally terrifying. So, it's really cool how he pulls that off, even if it makes me feel very uncomfortable.

But Mr. Smith showed me some of the letters and email he got when in the path of falling objects came out, and he thinks it's funny how many people said things like you have to be crazy to think up stuff like this. Well, I won't spoil anything, but if you think a writer has to be crazy to write stuff like in the path of falling objects, then all I can say is they will probably come and lock Smith away after The Marbury Lens hits the shelves.
Posted by Andrew Smith at 6:15 AM