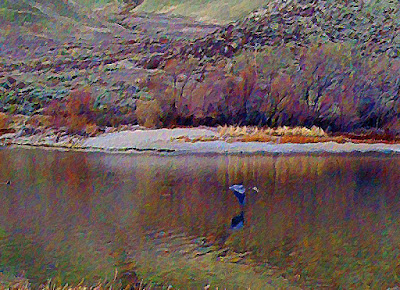 So while I'm waiting for Mr. Smith to give me his comments on the story I wrote, I decided to ask him about what he meant by the things he hated about being a writer.

As usual, it was hard for me to take notes when he talked for two reasons. First, the way Mr. Smith talks is really confusing. It's like watching a film that has been spliced up and then put back together with the clips all out of order. Second, I kept on wondering if he was just making me wait before he gave me any reaction about what I had written to try to teach me some kind of lesson about writing.

Either way, it was distracting and I didn't really like it.

But here are the things I jotted down that Mr. Smith said he hated about writing. He said that sometimes, he could get so frustrated and in what he calls one of his "bad days" that he thinks about quitting, but he said he would never really do that because quitting is too easy and he liked making himself suffer.

Mr. Smith said one of his favorite quotes was from Dostoevsky, and, I think, it was something like "Suffering is the sole origin of consciousness."

I don't really know what that means. Maybe I will when I'm as old as Mr. Smith.

Anyway, here are the things Mr. Smith told me he hated about being a writer:

Mr. Smith said, "It sucks being an author. I've said it before... I do not love to write, but I can't do anything about it, either, because the alternative (not writing) is much worse. It sucks being an author because I've never been extremely self-confident, anyway, and although I never cared for a moment about making money from writing, I actually never felt driven to have lots of people read my stuff (that still freaks me out). And I've always hated business. I hate the business part of writing. I hate everything about doing business. That's why I'm an artist, I guess. Whatever that means. It sucks being an author because bookstores are really nice to me when I come in (they treat me like I'm special and look over my shoulder like they're expecting someone to come along and tell me it's time for a diaper change) when I get lost trying to find books about regular people in a YA section filled with magic and the undead. It sucks being an author because nothing happens on my schedule, the busy times all come when I least expect them and when my family is counting on me for other things. And it especially sucks being an author because I don't think my family and friends get it. They think it's all like being on a luxury cruise and being spoon fed or something. But I wouldn't trade it for anything. Because at this point, I think I've just about given up everything else, anyway."

After listening to him for so long, and wondering why he never said the first thing about the story I wrote, I was beginning to feel a little worn out, too. So I asked him what he liked about being a writer, and unknowingly I inspired him to talk non-stop and scattered, as he does, for another hour-and-a-half.