the why chromosome (part three) 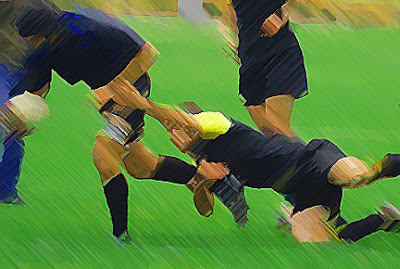 I found this extensive study about reading in the journal Teacher Librarian (2005) that I'll be talking about more in upcoming posts, because it really covers the spectrum of boys' attitudes toward reading, why some boys read and others don't, and what can be done to get more boys into books and other forms of literacy. Here are just a few of the report's findings:

Now, I'm going to stick to my guns on something I said yesterday. But I will admit that Michael Grant is absolutely correct when he points out editors are all former young readers, and that a heck of a lot of them are grown-up girls. But I'm still going to insist there is no keep-the-boys-out-of-here attitude coming from the top of the publishing pyramid for two big reasons:

First, the reason boys are not writing books is that boys have bought in to the idea that reading is a feminine pursuit. So we have a chicken/egg conundrum here. It's not because the grown-up girls who edit, agent, and publish YA won't let the boys over to play. See... the thing is that studies I've quoted here before (from Gurian, among others, and hinted at above) show that girls enjoy reading books about boys... you know, boy stories... just as much as boys do. But boys don't enjoy reading girl stories very much at all (as a general characteristic of the population).

So, and second, here's today's next very interesting study to give us something to think about (and, hopefully illustrate my point that the chicken... er, rooster... did actually come before the... uh... ovum):

This is from the journal Gender and Education (Sept. 2008). This study measured engagement in Language Arts by examining the differences between 12- and 13-year-old boys and girls in terms of the story elements they gravitated toward and showed some kind-of interesting results. The study showed that boys and girls both wrote about pretty much the same things when crafting their own stories; that boys were no less likely to be introspective and examine feelings. If there were any thematic differences in the study, it was that boys were more likely to deviate from their plot or leave an unresolved ending than the girls were, but that neither gender showed more or less effort or length in their work. Both genders wrote about death, but girls were more likely to write about grief, while boys were more likely to write about running away, fighting with enemies, or riches and treasure (which none of the girls wrote about). Most boys wrote stories in third person with male protagonists, and most girls wrote stories in third person with female protagonists.

To me, both of these studies point out some kind of surprising ideas: that, generally speaking, boys have about the same attitude toward reading and writing as girls do, but environmental pressures push boys away from the pursuit.

It is definitely okay to recognize that innate gender differences manifest themselves in contrasting modalities for learning and self-expression, but it is not okay to perpetuate the myth that some non-biological, non-physiological pursuits (like reading and writing, as opposed to, say, fighting, lactating, or hunting) are exclusive features of primarily one gender domain.
Posted by Andrew Smith at 3:17 AM