satan and the pastor 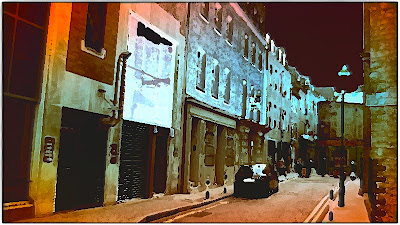 2. I want to quit being a writer again. Oh well.

As I said yesterday, regarding how I write a novel, I tend to stew about things for a very long time before I actually do them. And I really do not like talking about WIPs (Works-In-Progress), but I started writing this novel on July 7 and it seems like I have been right at the end of it for about 95,000 words (which is how long the novel is).

It never takes me 3 months to write a novel, but when I finish writing, I am finished. There is no such thing as a draft in my universe. I don't care how anyone else writes, and going to conferences so you can hear people TELL you how they write is a waste of time.

Everyone writes their own way.

I do not draft.

Did I mention that I do not care to know how other people write?

Among the reasons this novel has taken 3 months to finish are the revision jobs I have had for two different books and two different publishers.

I enjoy that stuff very much. It's been tough.

There has also been bullshit business stuff. I can't express the level of my revulsion at all things bullshitty and businessy. My friend Michael Grant, I think, is a good businessman. He is like a general in the army of dealing with that shit. I faked a battlefield injury and waved a white flag a long time ago.

I realize this is a long intro to a true story.

So, anyway, I have been stewing about this recurring character in the book I've been writing since July 7. Yes, July 7 was the day the first line came out of my hands. The first line is not really the first line, because there is a one-page prologue before it, but the first line kicks ass and made me write this 95,000-word (and still inching along) novel.

So I have been stewing about this character and why he exists and what he really means to everyone in the scope of all the everythingness that I tried to box inside the pages. And some time ago, I decided that because I was so obsessed with this particular character that I was going to have him tattooed onto my flesh.

I know that is a revolting idea to some people, but I do not care about that either.

My friend Matthew expressed a "Bullshit!" call when I said I had this character tattooed onto my flesh. But I really did it. I'm telling the truth.

It is my job to tell the truth.

The artist who did the tattoo is absolutely brilliant.

The tattooing took several hours, and while she did the work, the artist and I had a great conversation about this particular character, why he keeps popping up, and how he relates to the everythingness of where we are at the moment.

I am not going to talk about that. It would be like letting you read the book, and maybe nobody ever will. But I will include a bit of our conversation here:

T: Are any of your novels used in academia?

ME: Actually, one of my novels has been used in some college literature courses, and others as recommended readings in MFA programs.

ME: But the way my books are really used in academia is that I would never have been able to pay for my son going to college if I did not write books.

(T also gets my jokes)

ME: I do not understand how people do it. It's like they are trying to make it impossible for brilliant middle- and working-class kids to go on to college and develop their brilliance and invent the shit that will save the world and exponentially grow economies.

T: The elitists are winning the war.