Yesterday, I wrote a lengthy post about Jack Whitmore's universe in The Marbury Lens, and Passenger, its sequel.

Today, I am writing about another universe.

It is a universe of hair, capes, swords, and unpronounceable names.

Yes, I am at World Fantasy Convention in San Diego.

In the universe of my hotel room, I have this staring directly at my King-size bed: 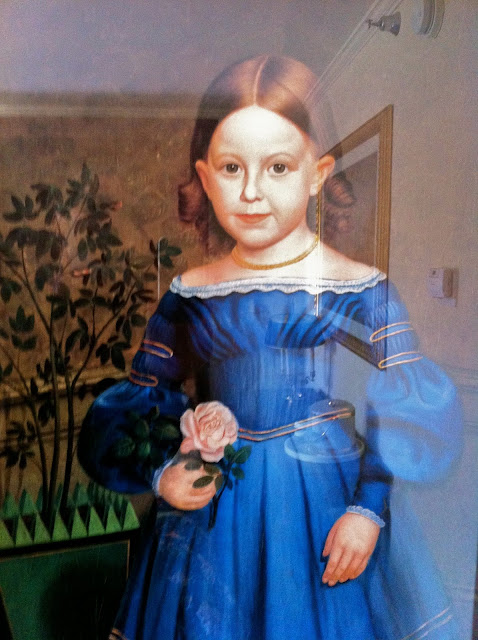 This is a painting that talks to me.

It says to me: "As soon as you shut your eyes I am going to jab an icepick through your temple."

As though that weren't disturbing enough, on the opposite wall is a Japanese image of 5 cranes. I know you don't believe me, so here: 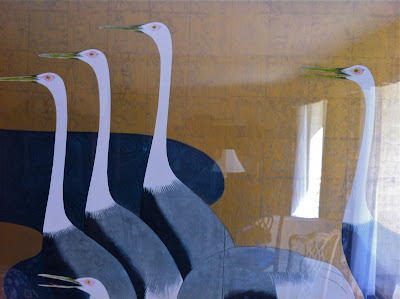 Their razor-sharp beaks are pointed directly at the head of my bed.

They may also be pointed directly at the painting of ships on the Grand Canal in Venice -- I can't be sure.

I would post a picture of the painting of the ships on the Grand Canal in Venice, but the glare coming in from the window is too much.

I have a feeling you believe me about the painting of the ships on the Grand Canal in Venice.

This is my universe today.

Tomorrow, I am going up to Mrs. Nelson's in La Verne to talk about boys and reading.

I have a lot to say about that.

I read an article in the Washington Post a couple days ago. It was about the woman writer who started the American Girl series of books and dolls. She wants to do something like that for boys.

Do not do that.

We have done enough to scare boys away from reading, thanks, in no small part, to people who have good intentions about what boys should be like and should be interested in, from a successful white woman's point of view.

And, can I interest you in some fine artwork?