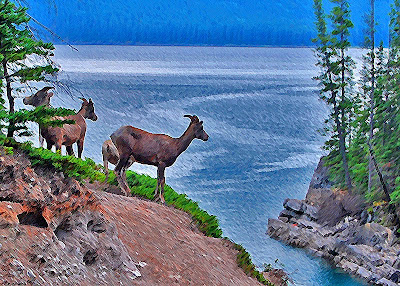 Welcome to September, and the kickoff to a really busy and exciting time for me. It's a fitting follow-up to August, because the entire story of in the path of falling objects occurs during one August, and the book will be coming out this month -- among other things keeping me occupied (like working on another novel).

I found out yesterday that during my ultra-busy next couple of months that I will be reading for Teen Read Week at the Los Angeles Public Library on Tuesday, October 20. When I find out the specifics of time and branch location, of course, it will be posted. And, naturally, I'll be reading excerpts from in the path of falling objects -- but I haven't chosen which ones yet... aside from the obvious page one.

I'd made a few bets with kids since the galleys came out last spring, that if they could read to the bottom of page one and NOT want to turn the page and keep reading that I'd give them a dollar. Needless to say, something shocking happens on page one and I haven't given out any money yet.

So, that week is Teen Read Week, and every day during that week I also read aloud for ten minutes in every class I teach. You can guess what book I'll be reading from... but you might be wrong, since I let kids choose the book they want to hear at the start of the week. My money's going to be on in the path of falling objects, but I have other choices available to them... and I'll let you know what the kids want to hear.

Of equal significance, though, is the week of September 26 to October 3. That's Banned Books Week and every year during that week I also read to kids each day from a book that has been banned or challenged with banning somewhere in the United States. This year's Banned Books Week Featured Author is Thomas Paine, whose revolutionary pamphlet, Common Sense, was a monumental bestseller in the American Colonies... finding its way into the hands of nearly every literate person in the population.

I was thinking about Banned Books Week just yesterday, because I'd read my friend Ellen Hopkins' (we share the same phenomenal agent) blog, in which she eloquently expresses herself in regards to the matter of language in her edgy new book, Tricks.

By the way, I'm pretty sure that one day, one of my books is going to end up on a banned list somewhere (probably pretty soon, too). But I'm with Ellen on her defense of words, and I work with HUNDREDS of kids every day.

Let me say this: The word fuck is not a word to a high school kid. The word fuck is more like a comma, or a breath teens take between thoughts. So, if you're a writer and you're trying to realistically portray American teens in the contemporary era, you can skirt around words -- and that's okay -- or you can make words up -- but I'm not buying that approach -- or you can just deal with it and say, "Here's this story. It's what I wrote. It's made up of words."

I guess I'm just saying this as a forewarning to people who, next year, read The Marbury Lens.

It has words in it.

A lot of them.

Okay. Well, for the last couple of years during Banned Books Week, I've consistently read Chris Crutcher's Whale Talk. This year, I'm going to change the selection and read John Green's Looking for Alaska. I think the kids are going to like it. Unfortunately, the first two days of that week, I'll still be over in London, so it will be an abbreviated, three-day week for me.

And of course, I'll keep you posted on all my read-alouds... especially what book the kids choose for Teen Read Week.
Posted by Andrew Smith at 3:43 AM