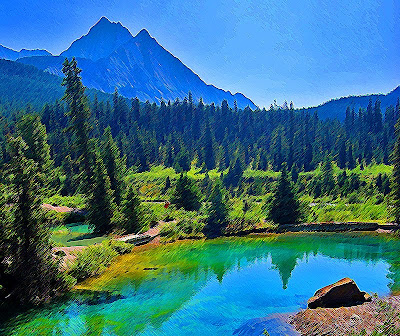 Last month a friend of mine, Lia Keyes, posed a question to writers on a blog about what she called "characters that sizzle," in particular, what were the kinds of qualities that made characters come alive and jump from the page and into your head.

This is one topic that I have some pretty strong feelings about, and I think that a lot of writers, particularly writers of YA, simply don't get it.

First of all, I like to start with the concept of what the "A" in YA stands for -- adult. This implies a lot of components, not only limited to the content and thematic elements of the work (which is why YA is a particularly vibrant genre... because real YA writers are willing and able to tackle issues that "adults" are afraid to face), but, most importantly, the makeup of the characters themselves. YA characters are becoming adults, and consequentially have to struggle -- and often fail at -- issues that challenge their core values: how they deal with themselves, and how they deal with others.

That being the case, we expect good, vibrant, living and breathing YA characters to make mistakes and contend with their own personal flaws (which readers are able to forgive because we're talking about young people who initially experience some of life's more challenging and traumatizing events).

So, what makes a character "sizzle" for me? As I told Lia, a good YA character has to have flaws and make mistakes, otherwise I can't stick with the story much less root for the character's success. I went on to say that I recently toiled (forced myself to finish, which I normally would have not only "put down" -- but throw the freaking book into the nearest unyielding wall) through a 400-page YA stinker where the protagonist was so perfect, innocent, saintly, and flawless that I wished I could Gumby my way into the book just so I could beat the hell out of him.

Man, sometimes I really wish I could do what Gumby could do.

Characters are supposed to undergo some kind of change by the end of a book. But when you read (and this very often happens in series books) hundreds of pages where the main character is exactly the same at the ending as he/she was at the beginning, then nothing that happened over all those hundreds of pages actually matters at all.

Anyway, my comment to Lia did elicit a funny response from another author, who wrote:

"I don't know which I like better, the idea of punching one of those saintly protagonists, or the use of Gumby as a verb."