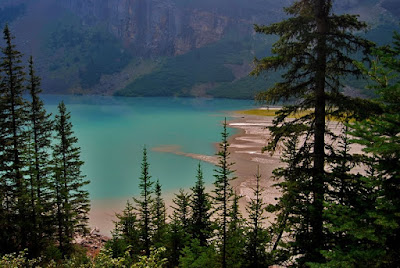 So we went our separate ways academically, but I had an opportunity to sit down and have a beer with Doctor Robert Briggs yesterday afternoon. I guess... no, I know, I needed a bit of free couch time, and the good doctor was more than willing to pro bono what he referred to as "an inevitable chapter in my future book on the subject of psychological afflictions."

DREW: I'm really bummed out, Bob.
DR. BRIGGS: You know what I do when I'm really depressed, Drew?
DREW: What?
DR. BRIGGS: Make fun of poor people. And urologists. And my clients, too. That always cheers me up.
DREW: Sounds magical.
DR. BRIGGS: You know... haven't you ever heard that in your chosen field -- being a writer -- that you need to have a thick skin?
DREW: Thick skin? Thick skin? That is the complete opposite of what you need to be a writer. Everyone says that, but everyone is full of shit. You totally can't write with thick skin. You need strong knees, maybe, but NOT thick skin.
DR. BRIGGS: You're an idiot.
DREW: This is why I so look forward to our beer time together, Bob.
DR. BRIGGS: Hey, by the way, I've been meaning to ask you a favor.
DREW: Yeah?
DR. BRIGGS: Yeah. I've been writing this novel. It's really awesome. It's about kids who have a secret vampire club. I was wondering if you could hook me up with your agent?
DREW: That's a coincidence, because I was wondering if you wanted me to piss in your beer?
DR. BRIGGS: This is why you get so despondent sometimes, Drew. You're such a stuck-up snob.
DREW: Is that a diagnosis?
DR. BRIGGS: Yeah. You're all... Oh! I never watch movies, so I can't tell the difference between Ben Affleck and Mylie Cyrus, and I've never seen a television show in my life, either, and oh... Octavio Paz... ever hear of him? No, he's not the new catcher for the Yankees, you retard, he's my own personal deity.
DREW: That actually does sound like me, Bob.
DR. BRIGGS: Dude, I've been studying you for twenty years.

(to be continued)
Posted by Andrew Smith at 3:33 AM