a few more thoughts on school 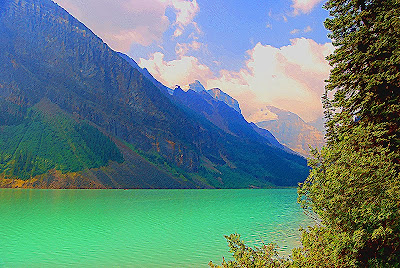 If you visit any public school in America, you will generally find in every classroom, or at the very least in the office, some type of "Mission Statement" or "School Constitution" hanging on the wall.

I've seen dozens of them over the years, and it strikes me that no matter what region of the country I'm in, those mission statements of American public schools all include the same basic ideas: promotion of literacy, the development of "life-long learners," fostering in our children critical thinking skills, and (I always see this one) making them better citizens.

One method by which schools pursue this citizenship goal is by bringing in representatives of our government: police officers, firemen, military personnel, local elected officials, and sometimes, even governors and congressmen.

It happens all the time, and schools do this routinely. We don't question the ideology, race, sexual orientation, or religion of those representatives... that has already been done for us. It's called Election Day, and the people have spoken.

So I'm not going to use the word "outraged" here -- it's a dumb word -- but I am going to say I find myself slackjawed in stupefied amazement by the scores of American parents who are threatening to remove their children from school on Tuesday because they just don't want their kids listening to President Obama's speech to them.

What's even more disturbing are the steps being taken to accommodate this idiocy in the high school district in Santa Clarita, California... where teachers are required to provide "alternate assignments" for kids whose parents don't want them to hear our president speak, and remove those children from the environment where the speech is being broadcast.

Now that's just wrong, and teachers should not be ordered to do that. Remember the "Mission Statements" of our schools? I challenge you to go to your local school and look yours up, and I'll bet you're going to find something about the school's assumption of the responsibility to make its children "better citizens." If schools, as public institutions, have a compelling interest to foster the development of good citizenship within the framework of our great participatory democracy, just like teaching kids to read or calculate a math problem, then the schools -- and not wing-nut reactionaries who've been stirred up by broadcast ideologues -- must be in charge of calling the shots.

Otherwise, where does this go?

Can a parent object to their child being exposed to quadratic equations in Algebra, and then insist that the kid be given "alternate assignments" and still pass the class? It's the same rationale being applied in Santa Clarita.

Okay, kids... you may as well just stay home and play Grand Theft Auto until you're eighteen. We'll give you a High School diploma, as long as your mom writes you a note.

Remember all the blogs I've written about our kids' (boys especially) lackluster academic performance, and how underachievement is related to our kids' conditioned knowledge that whatever they do they will not fail; and there are no consequences for non-performance... because Mommy and Daddy will write them a note, or get outraged.

And the school's administration always kowtows to "outrage."

And it doesn't matter what kinds of unthinking losers society turns our kids into... as long as our little ones have good self-esteem.

I have a strong feeling that some of the same parents who are "outraged" that President Obama is speaking to their impressionable children undoubtedly lack that same indignation over the messages from popular music their kids pump into their skulls via earbuds and iPods. I'm sure they have no clue as to what their kids listen to. And I'm pretty sure they choose to disregard the content of video games and online activities their young innocents spend countless hours with in drooling states of mesmerized fascination.

But listening to the President of the United States of America?