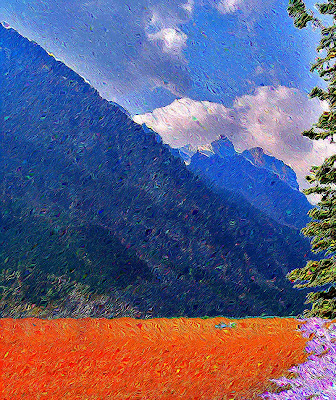 I've written a good bit on the innate differences between boys and girls. My incessant state of wonder at all things female is probably why I could never... NEVER imagine writing a book with a female protagonist. I just don't get it.

This weekend, my cousin is getting married. The wedding is on Catalina (that's an island, inlanders). So, last night, my wife departed for a long weekend, along with her mother and a good friend.

Look: guys do not like weddings. What makes you think we do? Are you kidding me? Just... no. It's okay, though... my wife is very tolerant of my tastes, as I am of hers.

Anyway, so before she leaves yesterday, my twelve-year-old daughter looks at her and says, "Do you need me to fix your hair?"

And I'm sitting there on the couch, with a beer, watching this... thinking to myself, those are words I have never said to anyone in my life.

So my wife and daughter disappear into a bathroom for the hair-fixing session.

Meanwhile, I look over at my son, who's working on a composition on the computer. And I'm thinking, I wonder what he would do if I asked him if I wanted to fix his hair?

Because, now that I look at it, he does kind of look like a bum.

Ah... who cares? It's not like he's going to a wedding or anything.

When I was a kid, the way the "older generation" of males would suggest fixing your hair to younger dudes was usually by saying something like, "Why don't you cut your hair and get a job, you goddamned pot smoking hippie?"

So I try it. I say, "Hey son, why don't you cut your hair and get a job, you goddamned pot smoking hippie?"

That's how we fix hair.

Her hair looks exactly the same.

That's the other thing. I think guys only notice a "hair fix" on a woman if they come back looking like freakin' Sinead O'Connor. Maybe not even then.