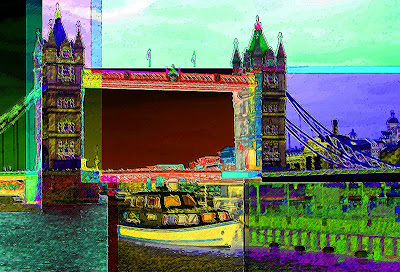 Next couple of blogs, as opposed to blogging about bloggers who blog about writing, I'm going to talk about some of the things I do, as a writer. Oh... and everyone I know does their own thing, as far as I know.

Over the years, I have run across too many writers or people aspiring to become writers who list all these things that you absolutely cannot do when you write a book. Things like, you can't have long sentences, or, be sure to put a hook in your first sixteen lines.

I guess if I sat around thinking about all the rules besides spell good and tell a story that some people overly fixate on, I'd probably never get anything done.

Oh, and there's the if you're going to write a novel and expect it to get published, then you will spend a minimum of two years writing it.

Um... bull. It's taken me an average of 2 to 3 months to write each novel that I have sold for publication.

Well, anyway... today I was going to talk a little bit about POV and tense shifts in fiction -- something that I've kind of gotten into in two of my recent books.

In my upcoming release, in the path of falling objects, there are 5 POV perspectives, all told. Granted, the vast majority of the novel is written in first-person past tense from the perspective of the protagonist, a kid named Jonah Vickers, but some of the novel is written in third-person present tense (the POV of the psychopathic Mitch), too. And then there are a few passages of third-person past tense from the perspective of Jonah's younger brother, Simon; and, of course, the first-person letters written by their older brother Matthew.

All of this can work, I think, if the writer develops the trust of his readers by establishing these perspectives early-on, so they don't become so jarring and unexplainable.

I've generally stayed away from writing in the present tense. It's something that, to me, can be too tiring for a reader. Cynthia Willis does a great job using it throughout Buck Fever, though. It seems completely natural.

I also use present tense sporadically throughout The Marbury Lens. In this case, it's used as a means of pulling the reader directly into the middle of some of the scarier or more disturbing scenes. Again, it's used sparingly, and only at the really tense moments... and I don't think this will be a spoiler, but, also for the entire last chapter.

The POV of that book is a little bit different, too, because the narrator, a kid named Jack Whitmore, tells nearly the entire story in first-person voice. But Jack is so angry and hurt about things that have happened to him that from time to time, when he is especially frustrated with himself and mad about things, he "gets out of himself" and talks about Jack as though he is a distant observer, a third person; someone else.

So there's a little bit of my thinking as far as POV and tense shifts are concerned.

What works, works.
Posted by Andrew Smith at 6:24 AM