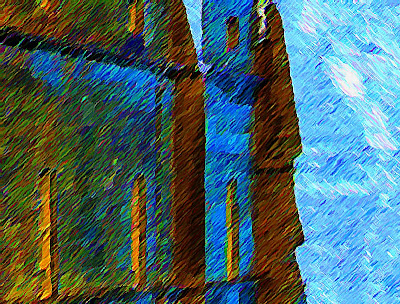 He's credited with the quote, "The first draft of anything is shit." It's become one of those writerly prescripts to which so many people religiously adhere. But Hemingway, as much as he rocks, may be a bit out of date.

In Hemingway's time, first drafts were actually first drafts -- things on paper, often written by hand in ink or on a standard typewriter. How could they not be shit? For most authors today, technology prevents the completion of anything that could legitimately qualify as a first draft.

Now, I'm not saying that other people out there use the same method as I do when writing -- and I talk to so few published authors about manners of execution, anyway -- but I'd estimate that by the time I actually type out the last couple paragraphs of any novel, that I've actually rewritten the entire draft -- every section of it -- from 5 to 10 times.

Just imagine how difficult it would have been in Hemingway's time to substitute a word, correct spelling, change the placement of a passage of paragraphs, entirely change a character's name, or shorten or lengthen the time frame of the arc of the narrative? I've done all of these things in the novels that I've written, and, given the technology that writers utilize today, it's pretty damned easy to do as you go along.

I would imagine, on the other hand, that writers working between, say, the 1920s and 1960s, like Hemingway, would have to get everything out on paper, cross things out, cuss, write in margins, draw arrows, and toil through the entire project (as a true first draft) before going back to the beginning and "making nice" with all the demons they scared up along the way.

Now, I'd also imagine that today there are writers who, when they begin writing, move in one direction only and plow through a first draft without looking back, doing multiple saves, keeping reference passages tucked away for possible future use, etc. That's another way of doing it. But for me, when I finish the draft of a novel... it's pretty much ready to go.