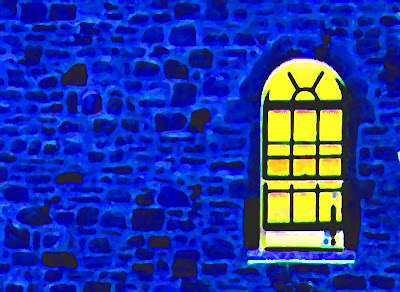 I remember when I started high school: just before the year began, they brought the entire freshman class into the gym; and the principal gave us a speech that started something like this:

You are all about to begin what you will look back on as the best four years of your lives.

And afterward, over the course of the next four years, I believe there was not a single hour that passed by when I didn't find myself silently wondering:

Holy Shit! If these are the best years, I might as well shoot myself in the fucking face right now.

Well, since I'm doing a week of blogs on writerly quotes, I thought I'd drop something out here that is one of my favorite, most honest quotes as far as Young Adult fiction is concerned. From Stephen King:

I don't trust anybody who looks back on the years from 14 to 18 with any enjoyment. If you liked being a teenager, there's something really wrong with you.

Thank you, Stephen King. I mean... come on! Are you kidding me? Being a teenager sucked.

And I'm not going to say that it was pure hell... that it didn't have its moments (like when Lisa Chadwick streaked the stage during a performance of A Midsummer Night's Dream in eleventh grade. Oh sure, she had her face covered, but every boy in school knew it was Lisa, because we had, every one of us, properly fantasized just exactly what Lisa's boobs would look like... and we were mostly right). But, really, other than those few "passing" moments... not too good at all.

And even though teens will stubbornly deny it, there's so much pressure, and so much effort on their part, to not be individuals and to fit in with others -- from their choices in clothing labels, popular music and movies, what books to read, and, most disturbingly, about making choices dealing with risky behavior: drugs, sex, alcohol, etc.

Okay. That said, nobody likes to talk to a guy who can't get rid of the chip on his shoulder. And if you try to "keep it real" as an author dealing with Young Adults, sometimes that can be a little off-putting for readers. So, a lot of YA can either go entirely in one direction and be completely ditzy -- you know, stories about summer romances... falling for the terrific boy who strangely won't come to your Sweet Sixteen pool party because you find out he has three nipples and is afraid to take his shirt off (feel free you use that one, and I expect to see it on some damned YA Librarian book blog next summer); or, in the opposite direction, can be "edgy" to the point of scaring some readers away.

Meet Jack. He's one of my favorite characters, the narrator of next year's release, The Marbury Lens. With him, I had to do a real balancing act, because Jack is justifiably very angry about things that have happened to him, and he hates the pressure he feels about being a teenager. But, at the same time, Jack has some likable, genuine, and empathetic qualities, too (and only two nipples... but you can still use that idea above). Maybe it's just me (and possibly Stephen King) who's had a fucked-up teen experience... I don't know. But whether it's Troy and his friends from Ghost Medicine, Jonah and Simon Vickers from in the path of falling objects, or my friend Jack, all of these guys have some realistic hardships to deal with during these very tough years... and all of them have a hell of a lot in common with me.
Posted by Andrew Smith at 6:12 AM