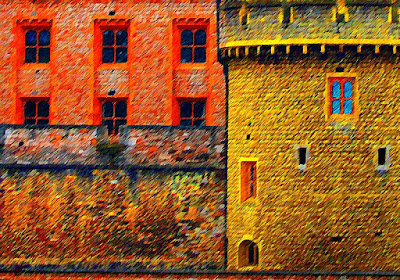 Since I've been on this three-day kick of quoting other writers, let me throw in a final admonition from Lillian Hellman:

If I had to give young writers advice, I would say don't listen to writers talk about writing or themselves.

Anyway, young people don't listen to anyone, Lilly. That's what makes them young.

So, let me straighten a few items out regarding yesterday's post:

2. Random House is NOT putting a picture of ME on the audio version of in the path of falling objects. They say I look too much like the Sham-Wow guy, and they want to actually sell some copies. Go figure.

3. It is NOT my voice that will be on the audio version. It's going to be Mike Chamberlain, the same actor who did the audio for Ghost Medicine. Great voice, and a monumentally patient young man.

4. Since I have all this free time in Chicago (besides the raging parties and such) at ALA, I've decided to host an all-night poker game in my suite. Guys only. Bring lots of money and whiskey. I will make you cry.
Posted by Andrew Smith at 6:41 AM