of cars and girls, books and boys 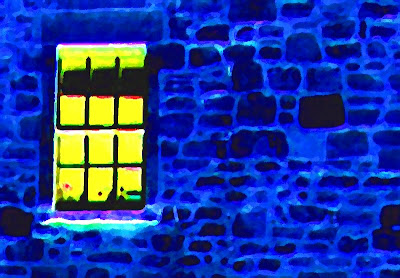 In other words, cars that women liked to drive, men chose not to, and vice versa.

Hang in there... I swear this isn't about cars.

The thing is, though, if I ran a car dealership that only sold cars from the "girls'" list, I'd have a lot of reluctant boy buyers. Or absent boy buyers, altogether.

As a result of what I would inevitably come to observe about cars and boys, I'd probably start to convince myself of the following: Gee, boys don't like to drive cars, since the only gender I see getting anything off my lot is the double-X variety. Sheesh, boys are lame. Stupid, non-driving boys.

The same kind of thing is happening in schools and school libraries. In this case, the people running the "car lots" are designing curriculum, learning models, and stocking the shelves of their school libraries primarily from one list.

We know this has been going on for about the past 30 years, and I've pointed out in previous blogs the educational data that shows how we've really helped girls' literacy scores, but we've seriously hurt boys.

Educational writers like Michael Gurian are quick to point out, however, that a girl will typically have no problem reading a book from a boys' list, but that a boy will generally not read a book from a girls' list.

So, let's say our "car dealership" has the ability to stock ten new models this year, and eight of them are from the girls' list. It happens. And it's time for damage control.

I know, I know... I've been an educator for decades, so trust me when I say that schools and school libraries always have the loudest voices when they call on our kids to line up and drink the diversity Kool-Aid. But they don't really walk the walk.

And we should all be on the same side, I would think, when it comes to dealing with the damage we've done to our nation's boys in terms of reading and writing.

So, if you're a "car dealer," and you've only got room for ten new models this year, split it down the middle: five from column "A," and five from column "B." Simple as that, no matter how much pressure or temptation you feel about getting that one additional chick-lit YA title about the girl who wants to go out for the horticulture club because the boy who's club president is a handsome vampire who must re-bury himself every Friday night beneath the foundation of the high school's chemistry building.

Five and five. Be fair and help start turning things around for boys in America. Then we can start talking about some of the other subgroups you can try to reach in your newly-balanced dealership (and God knows how terrified some high school librarians are of throwing in the occasional LGBT title, but that's for another day).
Posted by Andrew Smith at 6:08 AM