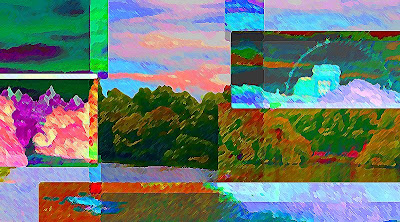 I knew this was going to happen a long time ago, so it wasn't too much of a surprise.

I spoke for some time with my editor yesterday, and we agreed that the next book, after in the path of falling objects, will be The Marbury Lens, so you can expect that one out in 2010.

It will scare you.

But, of course, don't forget in the path of falling objects. It's coming out in just a few months, and I'm pretty confident it's going to make an impression on people at next month's ALA Annual in Chicago. And, of course, Yvonne predicts it will rile the Puritans, which is okay with me. And you notice all the pretty book covers I've shown on this blog last week... well, I can't show the cover for in the path of falling objects, because it isn't finished yet.

And, by the way, check out this music video from the indie band, Ghosts I've Met, called "1934." If you have read in the path of falling objects, you'll agree that it's eerily a perfect match for the story.

I'll be working on some edits through July. The book is pretty long, but neither of us sees it getting shorter... and it reads quickly.

I'd tell you about it, but neither my editor nor I know exactly what to call it. It's a fantasy that isn't really a fantasy, scarier than hell, but rooted in the here-and-now, so, we both agree, readers are wondering up until the last few chapters whether or not any of this horrible stuff happening to this kid named Jack is actually happening.

I think you'll like it. But it's pretty "grown up" for YA. No. Very grown up.

The title of today's post? Well, I've written before about dog people and cat people. I have cats, but I am not a cat person. One of my cats, a big orange boy who likes to sleep all day and hunt all night, has apparently developed "green" or compassionate sensibilities. He's gotten into the habit of catch-and-release hunting.

The problem is, he's been releasing everything inside my house: mice, rats, gophers, lizards... they're all sharing accommodations downstairs.

Did you know that gophers shriek and hiss?