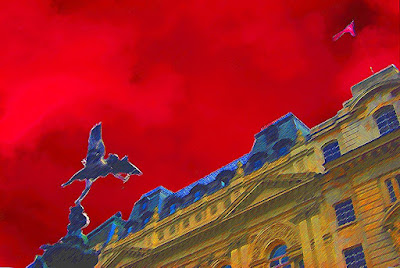 Still pissed off, but I'll get to Grant later.

The other day, I stumbled across one of these I-have-a-blog-and-want-to-be-a-writer-so-I-am-going-to-establish-myself-as-a-book-reviewer blogs that has a significant following. This particular blog focuses on reviewing YA.

Okay, that's the setup. The blogger (I will refer to as Blogger XX) was all excited about the package of ARCs (Advance Reader Copies) Blogger XX received in the mail. So, Blogger XX put a picture of the ARCs on the blog. There were eleven of them, listed by title and author.

Blogger XX ended up by asking fans which one should be read first?

So there you have it. That's YA. And it's part of the reason why boys aren't reading. Everywhere they turn, they get the message that YA equals a certain and predictable message. If you're going to blog about YA; if you presume to set yourself up as some kind of reliable filter, then you really ought to take a look at the entire industry and how it relates to readers; and not only focus on the specific bits you're handed just so you can act as a mouthpiece for gender-biased propaganda and reify a problem that we who care about literacy and literature have the ability to address.

Oh... why don't you think (airquotes)outside the box(/airquotes) and pick the one written by a woman about that chick? You know...

That's the YA universe.
Posted by Andrew Smith at 6:06 AM