death and salad (advice to murderers 2) 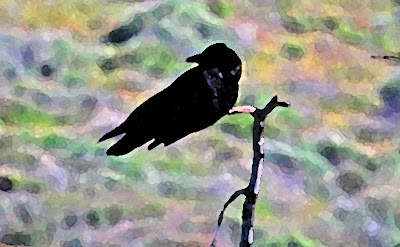 Hmmm. I kind of wonder why, ever since I started tweeting ways to rob and kill me advice to psychopaths, that my Twitter following has increased.

If you chum the water enough, I suppose you're bound to see fins breaking the surface eventually.

So here it is, my gift to you, tip number two to offer help for anyone on Twitter who is wondering how to rob me and kill me:

And speaking of bagged salad, you know those birthday cards that make sounds when you open them? They should make bagged salad that does that. They could play advertisements, like for professional food tasters and stuff.

And speaking of advertising, it seems like... back in the good old days of, like, the 90s... remember how we had this national "Do Not Call" registry? And, for years we completely stopped getting phone solicitor sales calls.

What happened? I'm sure getting a lot of them these days. And the other day, I felt bad because I cussed at one. If terrorists really want to destroy America, they'll do it over phone lines, and it will be at dinner time.

Then, in the last couple days, I've gotten two wrong numbers from kids in Mississippi on my cell phone. The second kid's accent was so thick I couldn't understand him, so I asked him to send me a text instead.

Okay. On to writing. I'm sure this all has something to do with my point. Maybe not.

Another true story: I was speaking to a group of people (all aspiring writers themselves), and one of them asked if I could recommend any books about writing. My answer was that every book that's ever been written has a lesson about writing in it, so he should get out and read.

Most of the people in the audience had, I noticed, what-a-smart-ass looks on their faces. So I said that a good book for young people is Anne Mazer's and Ellen Potter's Spilling Ink, which I will be talking about on this blog sometime soon; and for everyone in general, I like Stephen King's On Writing.

Then my questioner followed up with, "Hmmm... Stephen King... On Writing... Do you think that comes in audio? I don't have time to read books."

My lesson from the trenches: to a lot of people "being a writer" is something like Hungry Jack mashed potatoes -- add water and stir (and wear a smoking jacket).

More tips on how to kill me coming up.
Posted by Andrew Smith at 3:03 AM