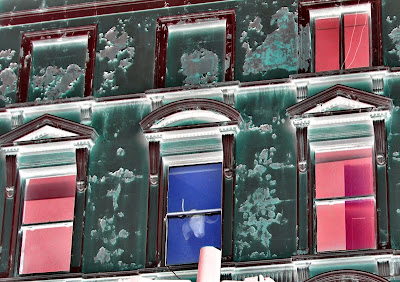 One thing I should have added to yesterday's post is that I also have a first-scheduled post-release event coming up for The Marbury Lens (whose official release date is November 9).

In November, I'll be going up to the Bay Area to do an appearance and reading with my friend Lewis Buzbee at A Great Good Place for Books in Oakland on November 11. Lewis's terrific (Trust me, I read it) novel The Haunting of Charles Dickens comes out in October, so we'll both have something new to celebrate and share. More details as the date approaches.

But Lewis and I, besides being friends and both dedicated fans of the Los Angeles Dodgers, share some strange coincidental linkages in our writing. In 2008, my first novel, Ghost Medicine came out, the same week as his Steinbeck's Ghost. And, without reading each other's books until after they were out in ARC form this year, we both kind of shook our heads and wondered at the strange coincidental "echoes" between The Marbury Lens and The Haunting of Charles Dickens. Both books take place (mostly) in London. In fact, both books have particularly important parts that take place, specifically, around Regent's Park and on or near Marylebone Road. Both books also have a character who is a ghost -- but not a typical "book ghost" -- the ghost characters in our books are important, developed, and realer than ghosts usually are. Oh, both books also have disgusting bugs in them too. But Lewis's has a cake.

And, speaking of celebrations, we are saying goodbye to our secret location today. The winds have come up fiercely at the beach, so it's a fine day to head for home and re-cake.
Posted by Andrew Smith at 7:03 AM