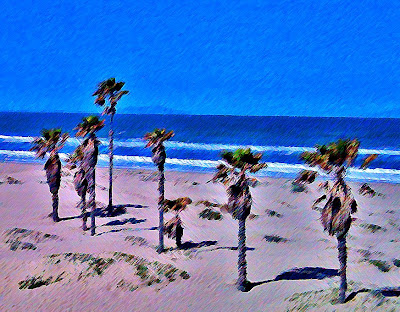 I realized after talking to a few of my writer friends this week that I really don't belong to anything. Of course, my friends are really cool, and they assure me that writers, by nature, tend to be reclusive, outsiders.

But I don't know if that's true. Whenever I take part in events where there are lots of writers, I always see great gobbed-up clusters of them that all apparently belong to things -- groups, organizations, movements, clubs, and so on.

But not me. I'm usually the guy with the penned-in name badge ("Oh! We're sorry, Mr. Smith! We seem to have not issued a credential for you! Here, let me write your name in crayon on a lanyard from last year's conference!"), getting patted down at a row of urinals by a keen-eyed security guard who followed me into the restroom after zeroing in on the suspicious crayoned-in credential.

And yes, that has happened to me.

Part of it has to do with the fact that I live so far away from anything. It is true that it's 20 miles to the nearest traffic light from my home.

So I do belong to this group of writers in Los Angeles (which is NOT where I live) called LAYAs (Los Angeles YA Authors), but none of them knows who I am or even what I look like.

This is because there are no Starbucks where I live. So I can't sit down with crossed legs and use their free WiFi plus my laptop to write. And I can't meet my writer friends over a soy latte (I had my first one two days ago and I have to admit that in Hell, I anticipate being very thirsty and being given a choice, from Satan, between soy lattes, Clorox, or piss to drink) and discuss character development and story arcs (which are, like, the only two "writer terms" I can think of since I do not belong to anything that uses such terminology).

So I'll tell you what I look like, in case you ever wonder who's the guy with the crayon-scrawled name badge getting tased on the bathroom floor. I look exactly like Gertrude Stein, except I have a bit of a beard. Well, if Gertrude Stein had a beard, I'd be a dead ringer for her.
Posted by Andrew Smith at 9:39 AM