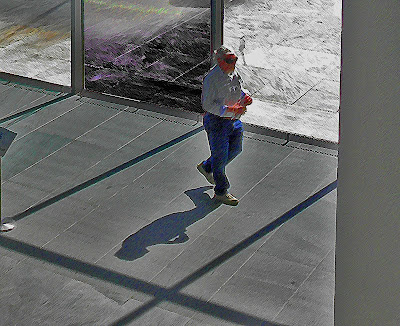 We've brought this up before on here, and had some lively discussions about whether or not every story that can possibly be told has already been written. To restate my assertion, the answer is no, there are countless new, original stories out there just waiting for someone to tell them.

Believing everything has already been told (puhLEASE don't comment back with the old "there are only two stories..." bit) is kind of like believing that there will be no more innovative inventions dreamed up, no more architectural advances, no more discoveries in math or science.

Because creativity is the engine that drives those things, just as it is the force behind writing.

So, if you believe there are no more stories to be told, get out of the way and drop into the ranks of the followers, where you belong.

A couple days ago, I wrote about how the writing regimen we subject kids to in school saps them of their creativity and makes them hate writing. I've seen it happening first-hand for years.

Remember how exciting it was, when you were in school, and you first learned to read and write? If you have kids, as I do, remember how amazing it was for you and your children when they first began building little words and sentences from letters? So, why do so many kids hate words by the time they get into high school?

A couple days ago, I wrote that throughout their entire schooling, the emphasis in writing for kids has steered them only toward linear, highly structured, expository writing.

But, deep down, kids really want to write. They want to be creative. But there is no room for coaching those abilities along in the school day, and the formulaic, structured, anti-inventive kind of writing they're boxed into churning out at school not only weakens their creative impulse, it actually makes them hate writing.

It's almost like there's a plot afoot... a conspiracy against creativity in the new and improved, standardized world.

This probably explains why Hollywood is churning out remake after remake, or draining the life out of ideas by resuscitating the tired corpses of sequel upon sequel. And, sadly enough, even in writing, we see the increasing trendiness of the "modern retelling" or, worse yet, the "modern retelling with werewolves."

This is really very sad, and it's sadder, still, that the viewing/buying public puts up with it.

Because what would happen if people suddenly refused to spend a dime of their pocket money on seeing a remake of a movie, or purchasing a retold novel?

It would kind of be like what would happen if everyone suddenly refused to eat fast food.

There would still be plenty to eat.

And there are plenty of stories left to be told, too, but we need to help kids find their way back to that essential component of being a human they've been steered away from: the drive to create.
Posted by Andrew Smith at 3:01 AM