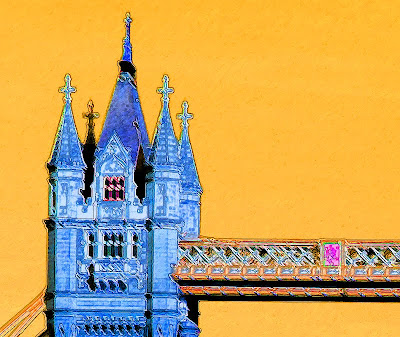 A few posts back, Erika made a comment I'll be talking about some more, but in it, she said:

A fan's only power is the power to consume...

And I've been thinking quite a bit about the consumer side of the market lately; in particular, how that side can be quietly manipulated through the publication of series books.

First of all, I want to make it clear that I have nothing against series as a rule. I do see a LOT of aspiring writers, though, who will go on and on about this monumental and epic series that they're writing, as though that's exactly what publishers are looking for. And why is it that we tend to immediately equate fantasy or speculative fiction with multiple sequels?

When I was in the airport in LA last week, I overheard a kid telling his parents that he was going to look at the newsstand for the last book in this series he started reading a couple years ago. The kid was apologetic, almost embarrassed, and he said something like, "I know it's stupid, but now I have to see what happens at the end."

The bottom line is this: Every book I have ever written could be a "Book 1" to a series, because all I'd have to do is start a book 2 with the same characters moving along. That's it. But guess what? All my books have freaking ENDINGS to them, too. And a good series should be like that.

I could think of a great one here: All the Pretty Horses, The Crossing, and Cities of the Plain, by Cormac McCarthy. You could read all of them, one of them... whatever. And you don't even have to read them in order.

They stand up alone.

They are books, and books have beginnings and endings, fronts and backs.

So... no big surprise here... one of my intensely-burning pet peeves? You invest the time to read a lengthy work of fiction, and just when you think your pilot is getting ready to wrap things up in the last thirty pages, something completely out of left field happens and the final pages merely introduce you to a new and bigger set of complications that won't be solved (if at all) until next year's installment in the series.

I'll be honest. I'd like to see my 2010 book, The Marbury Lens, have a sequel or two. It's the kind of book that sets up a view of reality that gives the characters a lot of possibilities for future adventures. But, guess what?

The book has a freaking ending. And I like that. It gives you a chance to breathe, to sleep, and to put something down and move on if that's what you choose to do.

What do you think about series? Have you read any where the installments stand complete on their own -- or do you find most of them to be nothing more than piecemeal sections of one gigantic book?
Posted by Andrew Smith at 5:55 AM