that nagging, omnipresent, dark past 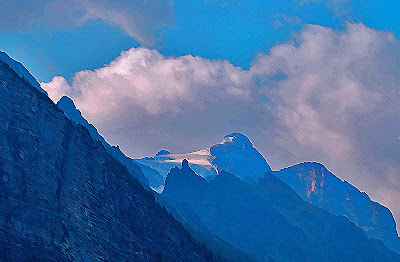 I haven't been to Nashville since I was about 12, so I am really looking forward to participating in the Southern Festival of Books this coming October 10.

And I just found out what my "tentative" schedule will be there, so I thought I'd share the news (with the caveat that things may change).

On Saturday, October 10, I will be speaking with author G. Neri from 11:00 - 12 noon in Room 30. The topic is set to be Blood Brothers and Drug Smugglers. First off, I'd like to apologize to Mr. Neri, who is undoubtedly thinking what the fuck has this guy done? Well, all I can say is that I never thought arrest records from overseas would be made public, and I could have sworn the National Geographic folks put that shadow thing over my face on the episode of Locked Up Abroad.

Oh well. And since we haven't met yet, Mr. Neri... just so you'll know... that thing on my foot is an ankle monitor.

Right after the talk, I'll be signing copies of in the path of falling objects and Ghost Medicine in the Author Signing Colonnade. And... just so you know... the person standing behind me will be my probation officer, not my publicist... so don't ask him for any refrigerator magnets because that really pisses him off.

But I will have really cool in the path of falling objects magnets and shirts and bookmarks and other stuff to give out. And I'll even roll those over to the following weekend, when I'll be down in San Diego for San Diego Public Library's Celebration of the Written Word, speaking with a panel of authors on Written 4U: Teens, at the Poway Branch Library on Saturday, October 17, at 2:00 PM.

And signing books afterward, too.

Oh... and the weekend after that, October 24, I'll be participating in the coolest, hippest, indiest party ever... the SCIBA Authors' Feast in Los Angeles. I can't wait... so many people I want to say hello to there, including some who have tried to erase memories of me from their minds.

And twelve more days.
Posted by Andrew Smith at 3:38 AM