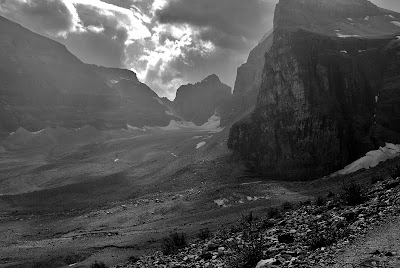 Well, last week's post about boys and reading/literacy strategies brought some terrific comments from all over the place. The first thing I think I need to do, though, is write a bit of an explanation about boys' brains and how they work.

To begin, a couple quotes from comments made by mothers of sons:

"I've certainly seen the effect language arts methods and choices (or lack thereof) have had on boys... Some of the great male classic literature (i.e. Hemingway, Steinbeck) had much lower point values than much of the other modern fluff."

"...My son's most vociferous complaint about schooling... He wanted a more hands-on, experiential, independent journey through education. That doesn't mean craft projects..."

What these moms (and their boys) expressed has been the object of quite a bit of study about boys, learning, and the ways their brains work. Too bad we've come to a point where we understand the important characteristics of what it means to be a boy and be subjected to modern teaching practice, because there's not too much being done with this information.

A fundamental truth underlying the frustration that many boys (and, therefore, their parents) experience in modern educational practices has to do with the way the male brain has evolved over the course of human history to hard-wire a particular course for learning and thought processing.

So, first, the science "stuff:"

The way boys learned until the advent of sit-in-rows-and-behave-yourselves 20th-century "schooling" was by going out with their tribesmen, or journeymen in their trades, or fathers -- and doing the things, building structures, hunting for sustenance, and solving problems that were key to their societies' survival. This was how knowledge was imparted to young male learners, and it was the method of conveying the most important truths a boy's brain could absorb. It was a kinetic, hands-on, risk-taking, competitive, physical method of education in which failure had terrific consequences and the bases of self-esteem and self-knowledge found origins in passing the test successfully, as opposed to, say, an everyone-gets-an-award-and-nobody-will-fail reality. And the human male brain adapted to this pattern of learning over time. Male brains evolved differently than female brains. We know this through physiological evidence (the size of the Corpus Callosum relative to gender, for example), as well as scanning images that show us how boys and girls use different parts of the brain when experiencing the same stimuli.

So, boys' brains, in general, want to -- need to -- learn differently, but modern schools disregard this simple truth. And this becomes the basis for the frustration and agony that many boys feel. It's why boys in school are 8 times more likely than girls to be discipline problems, or to be diagnosed with our favorite disease of the past century: ADHD.

So... if you're with me so far, and what I've written above here makes even the slightest bit of sense to you (especially if, as I am, you are the parent of a boy), then we can begin to take a reasonable look at the kinds of things schools and learning communities can do to begin to address the different (NOT "special") needs of boys when it comes to learning, and enjoying, reading and literacy skills development -- WITHOUT having any negative impact on girls.

And that's exactly what I'll write about tomorrow.

Unless my ADHD carries me off into some blathering rant about something else.

The National League West comes to mind.
Posted by Andrew Smith at 3:44 AM