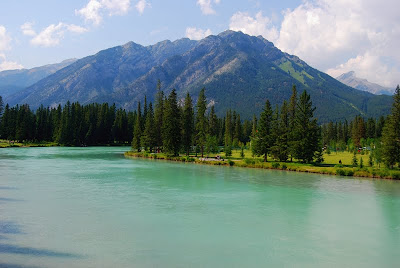 Yeah, so I'm up in Canada for a while with my kids. Later (meaning maybe never), I'll post some of the other pictures from our little excursions.

But I was thinking yesterday, and this really got spurred on by a message I received from an author friend, Lewis Buzbee, who's been working on a book about Mark Twain, about marketing and shelf space.

You know how nowadays, you can go into a bookstore and say something like, "Point me to your vampire section." Or you can substitute in any number of other trendy and yawn-filled non-ideas for "vampire" there (kids who are dead but don't know it; dead people who are boring but don't know it; teen girls who fall in love with sexy and cursed monsters whose parents don't know it... you get the idea). The thing is that fiction has become so sectionalized and constrained that buyers and sellers expect the trendy topics to keep getting sprayed out from every possible direction.

God... I can't wait until this crap ends. So literary agents are posting bits online saying things like "I'm looking for a new zombie book," and authors are quietly making conscious decisions like "I think I'll sit down and write a new vampire book... but it's not going to be anything like Twilight, I swear."

And then people go into the local bookstore and ask for directions to the vampire section.

Is that a bad thing? Hell yes it is, but turning it around requires a collective alarm clock to go off somewhere... and I just don't think we're going to ever wake up.

I wonder if, back in the Gilded Age, people would swarm into bookstores saying things like, "Where's your boy-on-a-raft section?" Or, maybe, a few years before that, "Could you please point me in the direction of your Whale novels?"

You know the answer. We were better than that.
Posted by Andrew Smith at 6:05 AM