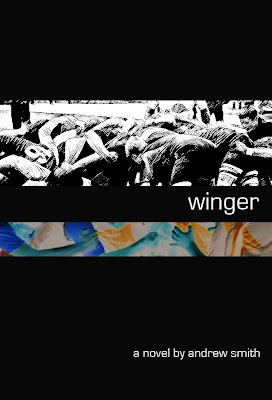 As we come up on the one-year anniversary of the release of Ghost Medicine, it's kind of like the birthday of my becoming an author. And I've been thinking a lot about all the things that have happened to me, and the people I've met, in what now seems like a pretty long year.

One of the really cool things that happened was that maybe a month or so before my book came out, I got an email from another author who was also having a debut novel released in the fall of 2008. So, just like that and out of the blue, Bill Konigsberg, author of Out of the Pocket, introduced himself to me.

Being friends with Bill over the past year has really helped me a lot. We've kind of had an online debut-authors-group-therapy exchange going on, because we had so many similar experiences (like each of us showing up for a scheduled book signing at places that asked us to be there, but didn't even have our books). Anyway, I really loved Bill's book. I've never belonged to any writer's group that I'd voluntarily stay a member of, but if I could pick a guy to be in a crit group with me, Bill would be one of them.

I've been fortunate enough to read some of Bill's new stuff, too, and I really like it. I mean... better and more resonating than his debut novel, and I just hope he gets it out quickly -- his fans are going to love it.

A while ago, I sent Bill a copy of my novel Winger, set to come out in 2011, and I'm very pleased he had this to say about it:

I loved, loved, loved this book! I mean, Ryan Dean is a fantastic character, and the book just grabs hold of you and refuses to let go. A few times, I was interrupted while reading and was nearly angry that I had to put the book down. 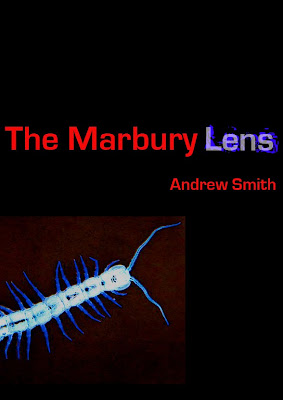 And last winter, I got to meet an author whose last book completely blew me away: Katherine Applegate (Home of the Brave). This was truly a remarkable and powerful book... always on my list of recommendations. I didn't know it at the time, but Katherine is married to Michael Grant, whose book Gone I recently finished reading (definitely to be followed by Hunger).

Okay. A little side-note about Gone: Holy Shit! (and yes, I'm using an exclamation point). What a great ride. And I'm not just saying that, either. I think a big part of the reason I was so fired up by Gone was that I recently read a brand-new book that has VERY MANY of the same elements and issues... but was absolutely horrible. No... horrible is too nice a word for this stinker. I had to force myself to get through it. But Michael's characters are so real and believable in what they do, and the things that happen in the book are beyond super-cool.

No wonder the guy has groupies all over the freaking planet.

Anyway, so Michael got an ARC of my in the path of falling objects, and he very graciously offered to "blurb" the book. Of course, I was thrilled at the prospect of having a New York Times Bestselling author like Michael do that, but I asked him if he'd be willing to read The Marbury Lens and tell me what he thought -- since that one is a little more along the creepy-sci-fi line, like Gone.

Long story short: Michael read it, and had this to say:

And thank you for that, Michael.

Cheers to a couple friends I made this year.
Posted by Andrew Smith at 4:20 AM