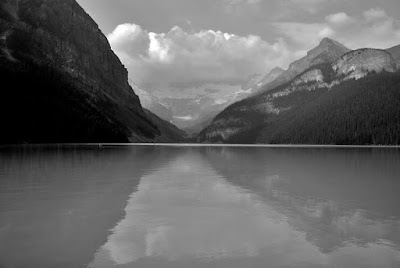 When I was a kid, my friends and I would stand in a circle and play Hacky Sack, sometimes using things like taped wads of paper or even pine cones as the sack. And we'd play with "socks," which meant that guys who broke the rules or messed up would get punched in the arm, or, if someone could get the sack before the first punch was landed, he could throw it at the rulebreaker's balls. None of this was light stuff, either. Sometimes, guys who had "bad days" would have massive bruises to show for their poor performance.

And we used to play "Butts-Up," too, a game involving a wall, a tennis ball (or handball), and lots of getting hit as a consequence of making mistakes. And, of course, we'd play "Smear the Queer," a highly politically incorrect name (that had nothing to do with slurring any sexual orientation) for a game that is nothing more than a joyous celebration of bravery and beating each other up.

Oh yeah, and more than a few times I'd played Mumblety Peg, where you could actually get stabbed if you weren't good.

I don't know why boys like to play those games, but they do. And I'm sure there are girls out there who've participated in such things, but I never in my life saw the first one attempt to get into any of these contests. Ever. Girls just don't do those kinds of things, but boys, unquestioning, seem to need the thrill of the consequence, the possibility of getting physically hurt, even if it's by our closest buddies.

The reason I mention these games (and I'm sitting here getting more than a bit nostalgic) is that I think these naturally-driven behaviors in boys in some ways account for the modern phenomenon of the growing numbers of unmotivated and reluctant readers among boys -- there just aren't serious consequences any more for fucking up.

And boys don't like that, whether they admit it or not.

Nobody flunks anymore. Especially not from grades 7 and up, the important years when boys go through all these changes and are driven to act out on their maleness. In fact, in middle and secondary schools, especially, the message is clearly given to teachers that -- no matter what -- they are not allowed to fail students. And students who get "Fs" move on to the next grade, or are allowed to exit high school, anyway.

In classrooms, we've programmed boys over the past 20 years that there are no consequences for failure, so there's a slackened male buy-in when it comes to valuing the objectives of the course. When you combine this with the lowest-common-denominator distillation of rigor and challenge by ridiculous federal mandates such as No Child Left Behind, bright boys -- who could otherwise be reached -- often can become unmotivated, reluctant slugs.

But you'll still see them out on the grounds during breaks playing games like those I described in the first paragraphs.
Posted by Andrew Smith at 3:45 AM