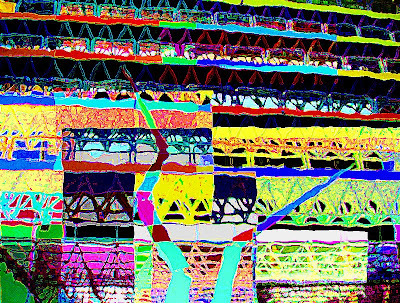 Yesterday's post elicited a couple of really great comments, here and on Facebook, that made me think about things. I especially like what Andrea said on yesterday's blog because it brings something up that I've been meaning to talk about for a while, regarding boys and reading. And I figured that, since this is Sunday and not many people read blog posts on Sundays, I should post this today because it's going to likely piss some people off.

I wrote Ghost Medicine when my son was about 11 years old. One of the reasons I wanted to write that book, and others since then, is that there is a serious lack of books for teens that have strong male characters in them. And my son is a voracious reader, but he was getting a little bit too into books where the male character ran around doing things that involved pointing wands at bad guys.

Please. God. Not the wand.

So, yeah, there was sexual content in Ghost Medicine, but, as Andrea points out, it happened "off-screen." Because I thought that was appropriate for an eleven-year-old (oh... and, yes, he liked the book, even though there was a minimum of wand-pointing).

Okay. So, he was a little older when I wrote in the path of falling objects, so the edginess of the narrative is a little more pronounced. He could handle it, lack of wands and all.

Now that he's about to turn 15, I have an interest as both father and author to give him something, once again, with strong male characters and content that is not inappropriate for a boy of his age. Bottom line: he's growing up, and my books are, too.

Sorry, still no wands. But, heck, he's really, truly, almost an adult, and he can handle just about anything (and I don't have to fumble around with trying to explain to an eleven-year-old boy what certain things "mean.")

Which brings me back to the beginning: one reason boys aren't reading (we're going to have this very talk when I visit College of the Canyons next week, where their English 102 class actually teaches Ghost Medicine) is that there is a lack of strong male characters in Young Adult fiction today. Note: I am not saying there are NONE, but there is a deficiency.

Even many books authored by women that feature male protagonists often have that character undergoing some cathartic epiphany by the end of the story so that he becomes more of a catch for the girl of everyone's dreams.

I'd prefer a wand.

More on boys and reading coming up this week.
Posted by Andrew Smith at 6:51 AM