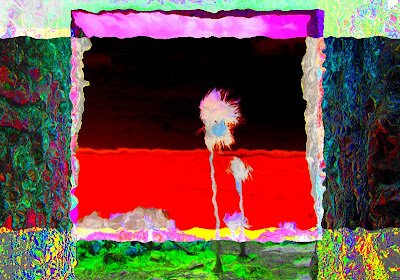 In writing, it is so easy to find people who'll tell you the hard and fast rules, what you're doing wrong, things you should never do.

Usually, the people who talk the loudest accomplish the least.

I enjoyed President Obama's commencement address at Arizona State University. His main message was that people should always consider their body of work incomplete. I guess I could be fairly criticized for being a bit overly-prolific. Ghost Medicine, my debut novel, just came out last September, and I have four more novels that are ready to go (see yesterday's post).

I've written enough about those next three releases (2009, 2010, and 2011) for a while, but I hope one thing that is evident by my first four works is that I am definitely not a writer who has "branded" himself by always writing about the same situations, genres, characters that are the same, but with different names, etc.

Finishing a book brings a tremendous psychological crash for me. It will inevitably hit the day after I complete my last pass through the book. That means it's going to happen to me some time in the next couple of days when I finish my final search-and-destroy sweep of things requiring expurgation from my overly-long The Marbury Lens.

Oh yeah, that's one of the things some loudmouths will tell you: don't write YA that's 100,000 words long.

I'm interested in finding out if other writers experience similar psychological crashes -- and, if so, do they manifest themselves in self-destructive or depressive behaviors?

Oh... note to loudmouths: Don't give me the as-soon-as-I-finish-a-book-I-immediately-start-working-on-my-next bullshit, because that's like asking a world-class marathoner to turn around and run the course again after he's just posted a two-hour time.

At the risk of sounding loudmouthy, if you can do that, then you haven't been running like an athlete.
Posted by Andrew Smith at 11:17 AM