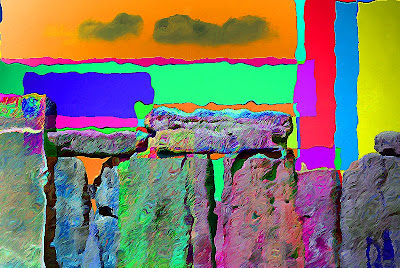 There must have been some nationwide attack of stupid gas in our country's air supply yesterday.

First off, in the morning, The New York Times ran a story from Reuters about Kanye West's book. The actual article in the Times was much more revealing as far as Mr. West's disdain for books, authors, and reading.

How much harm do you actually hope to inflict upon the kids in America who admire you, Kanye?

Let's make a deal. I won't buss the dope rimez and you don't try to write bookz, Dawg.

Kanye... step away from the pen and nobody will get hurt.

Oh yeah... wait... that "book" you wrote was actually co-written. All 56 pages of it. 'Cuz u don't read. I forgot. My bad. Being a non-reader helped you through life. That's what you're proud to say, isn't it? Gave you a kind of "purity." What you call purity... well... let's just say there's a better word for it.

Then, there was this whole California State Supreme Court decision.

Attention Justices: you are dumb.

When the initiative process began during the early 20th century, there was no doubt it was an effective tool of democracy in combating the capturing of state politics by party machinery. Now, though, the initiative process is antithetical to democracy. The "people" who speak are interest groups or religious organizations who have $50 million to dump on hate legislation. If it were democracy, we'd all be walking around with that much cash to blow on our petty hatreds.

In California, if you have enough money, get in line with a pen in your hand and you can rewrite our fucking constitution.

Furthermore, the decision blows a gaping hole in the Constitutionality of California's application of equal treatment under the laws of the state, as some same-sex couples are being discriminated against by having their liberties denied, while others are not.

Justices, what the hell were you smoking?

I hope we can all breathe clearly today.
Posted by Andrew Smith at 3:46 AM