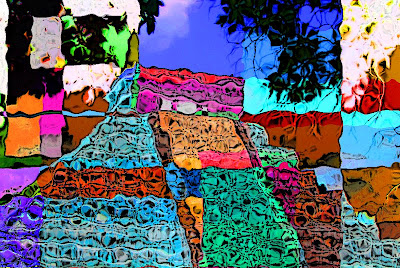 Bill Konigsberg and I became friends by sharing many email messages about the difficulties of being debut authors in 2008. His novel,Out of the Pocket, was on my list as one of the top five for the year. Bill has also been a sportswriter for the Associated Press, and recently had a feature published in The New York Times. Bill's blog is called Waldorf to Your Astoria. I am happy he was able to take the time during a cross-continent road trip/transplantation to Montana (where he will continue to write novels) to give his take on Sex in YA:

When I was about 12 years old, I found my older sister’s Paula Danziger books. Then one day, I picked up a book off my sister’s shelf by someone named Jackie Collins. I’ve never been the same since.

I need to qualify that I write for teens, and not children, because I cannot answer this question in terms of what is appropriate for children, under the age of, say, 13. I’ll leave that to the experts.

Teens read literature for the same reason that everyone else reads literature: to learn about what happens to people. I was taught that literary writing is different than non-literary writing in that it is focused on character, and is primarily involved in learning about the human condition.

Few things are more powerful to the human condition than sex is. Sex has the power to transform people, and I think we do no one any favors by putting the veil up when it comes to showing the transformative powers of sex.

In a class once at Arizona State University, a student of mine (I was a grad student there and taught Creative Writing) asked about whether he could write sex scenes in his story. I thought about it and said that if he was writing a literary story (see above for definition) he could and should write about sex only when “something is exchanged between the characters.”

This got a huge laugh, and it took me about a second after I shut my trap to realize the numerous double entendres. I followed up by saying I didn’t mean money or bodily fluids, but knowledge and experience.

Seeing how the 12-year-old protagonist in Barry Lyga’s Boy Toy is impacted by the sexual relationship he has with his teacher is such an important thing for young readers of literature to experience. It’s unpleasant, but we learn how a 12 year old becomes unable to experience intimacy with a peer after his experience with his teacher.

And when, at the end of the book, we watch his epiphany – he was molested, not loved – it is such a powerful experience.

I want to read those scenes. I also want to read about first experiences and how they impact characters. But I could do without gratuitous scenes. Leave that for the pornographers. And Jackie Collins.

Oh yeah, one other thing: I want to see sex I haven’t seen before. No, not like positions. I mean scenes that take me to new places. The best sex scene I’ve ever read was in Music for Torching by A.M. Homes, in which a married couple sobs during sex and says things to each other during the act like “I’m so, so unhappy.”

I don’t have sex scenes in my first YA novel, Out of the Pocket. I admit that I shied away from writing one because the character is gay and I wasn’t sure that would fly with a mainstream audience. But looking back, the instinct was correct. It just wasn’t necessary to the story or part of the character’s journey.

I wouldn’t shy away from writing such a scene and my next YA book does include one.
Posted by Andrew Smith at 3:29 AM