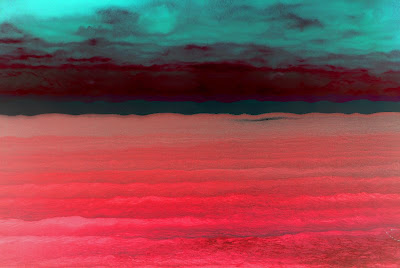 Yesterday, one of the goats died.

Nobody was sad, believe me. It lived a good, long, life. I guess... how long do goats live, anyway? We had this one for about 11 years.

What do you do with a dead goat? Trash day isn't until tomorrow, so that idea was out.

No, I think it was bitten by a rattlesnake.

If this fucker turns into a zombie on me, I'm hosed.

I also decided to go through my latest book and change a character's name. Heck, it happens. But it's a weird feeling... kind of like digging a big hole for that person you've lived with for such a long time and then *poof* replacing him with someone entirely different.

It'll take getting used to, but I had to do it. It was one of those middle-of-the-night-can't-sleep decisions, so I was resolved to it. And the guy wasn't like a totally main character. Supporting role, at best, but a powerful performance, nevertheless.
Posted by Andrew Smith at 3:25 AM