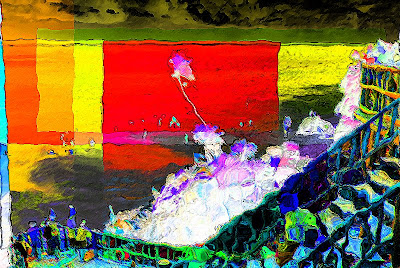 This is why I know there's, like, somebody watching and controlling my life: Yesterday, I wrote about how I'd only tasted moonshine a couple of times in my life. Out of the blue, the bootlegger who'd distilled it phoned me (I hadn't spoken to him in years).

I should say that, yes, when I drank the moonshine, it was from a Mason jar. That's how it's done.

The reason I'm off the hook is that, earlier this week, I realized that my fourteen-year-old, going-into-eleventh-grade son (kind of like the character in my next-next book, Winger, except my son does not have as many apparent fears and obsessions), has gotten to the point where I can no longer assist him with the math and science he's doing.

Yeah, the old math and science will save America cult. In the mean time, North Koreans are lighting up nukes and their citizens are culturally -- and literally -- starving to death.

Mmmm... math and science tastes good on a Ritz.

But I digress. So, he had this problem involving the stretched-out length of grooves on a 33-1/3 RPM LP (if you know what that is), given the playing time... and he asked me to help him do it. And, I'm like, who the fuck cares? and what album is it, besides?

My son had never seen a vinyl LP. So, the least I could do was offer a visual aid. I took him out to the garage (I had to look for a Mason jar so I could drink some moonshine, anyway). I opened up the old crate of records. I have some amazing old vinyl in there.

I let him use a Creedence LP to get the gist of how the grooves thing worked. It's funny, a lot of my old albums still have the plastic shrink wrap and price tags on them. Some were marked "Moby Disk: $2.99."

When I lived for a while in England, I bought lots of LPs. This was during the late 70s/Early 80s. In England, in those days, when you went into a record store, there would be just empty sleeves for the albums or EPs. You'd take the sleeve to the counter, pay for it, and the clerk would put the vinyl in. No shrink wrap. I thought that was pretty cool. I remember buying the first Elvis Costello album there like that.

That album is still in my box. And it was a different play list than the same album he released in America, too.

Anyway, this all came to me not due to my Faulknerian moonshine binge, but because I follow the blog of The Vinyl Princess. The other day, I saw how she'd blogged about Screamin' Jay Hawkins, someone whom I always believed was so far ahead of his time, he's, like, from another planet.

And ever since that blog, I can't get his insane vocalizations from I Put a Spell on You out of my head.

Maybe it's the moonshine.

I like the Creedence version pretty goddamned much, too.
Posted by Andrew Smith at 3:38 AM