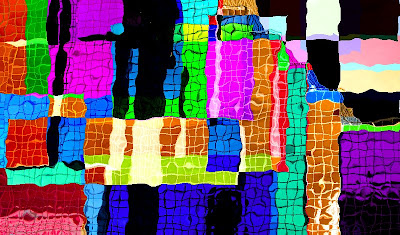 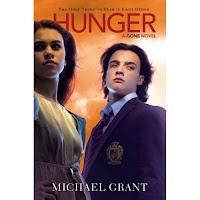 It is a distinct pleasure to hear from Michael Grant, the author of Gone, on this topic. Michael's newest novel, Hunger: A Gone Novel, will be available later this month from Harper Teen. Get it. Michael cracks me up, and I mean that in a good way. You should check out his blog (I have posted on it, too) called Stupid Blog Name. Brace yourselves for Michael Grant on the subject of Sex in YA:

Let's back it up a bit and talk about language. I'm 54 years old. And for at least 45 of those years I've used curse words. Daily. Hourly. Often several times a minute. Sometimes, like when I'm driving, I forget to use any other words. One of my great concerns about doing school visits is that I'll drop the F bomb. If I do, I will of course yell F! at the top of my lungs because that's what I do when I make a mistake. And that in itself will be a mistake, so I'll yell it again. Figure eight or nine repetitions. Then, as a softening transitional phrase I'll put in a regretful "goddammit."

I have kids. A boy 12 and a girl 9. (Feet tall. Ah hah hah! I love that joke. No one else does.) My kids know most of the words I know and use them on occasion. I'm conflicted about this. The words don't bother me, but they seem to bother other people, so in the interests of allowing my kids to pass as normal I try to get them to stop. Usually by saying, "Goddammit, watch your F-ing language."

My daughter asks for clarification. "Is crap a bad word?" And I have no idea. Is it? Can you say "crap" in school? Who the F knows?

And yet, see how I'm cleverly avoiding using the F word (Frak) here? Drew does it all the time. But I'm pulling back. Why? Because I'm not a literary writer like Drew, I'm a series writer. And I intuit that there are different rules for series.

When Drew writes a book it's 200 or 300 pages and is a thing unto itself, beginning, middle and end. He writes literature and is thus under the umbrella of "art."

The GONE series will run 3600 pages, in round numbers. I write entertainment, and I'm basically under the umbrella of "TV."

Look, I don't make up the rules, I just intuit them.

Same thing with questionable language. If I wrote GONE using the kind of language I use in real life you'd be able to do a word count when it was all done and find three or four thousand f**ks, two or three thousand sh**s and en equal number of a**holes. I could get a bulk discount down at the Cuss Barn.

I have no moral objection to sex scenes in YA books. (By the way, if you're looking for moral objections to much of anything you probably shouldn't come to me.) Every writer has to make his own call on that, his or her own choices. That's the gig: choosing what to write about and how. If I were writing literary single titles I would fearlessly go wherever the story took me. But I am in a related but different business: writing series. The rules are different for me.