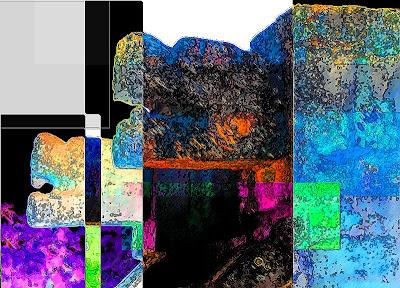 First of all, I'd just like to say that the guest blogs this week were all absolutely incredible, and thank you so much to everyone who participated: Brian, Andrea, Kelly, Michael, Nora (currently in Bolivia), Adam, and Bill.

And I think there are going to be a couple more on this topic from friends in the next couple days, too.

Here's the deal, as I explained to my friends: I've been kind of suffering this moral/ethical dilemma regarding the book I just finished writing. Yes... I finished it, so the secret's out, since I know my editor reads this blog. A little background: there is some sexual content in Ghost Medicine, as well as in the path of falling objects, and a little (although more tame) in Winger, too. It's actually all rather tame, kind of as watered-down as a 7th Grade biology class: you know something happens, but they never really tell you the specifics.

Well, the book I just wrote (YA, of course) has sex in it. Right there. No kidding around. A couple paragraphs.

Send me to a reeducation camp and give me a box of crayons.

So, I asked my friends what they thought about sex in YA fiction. There's a lot to consider: first of all, I want to tell the truth about things. But, at the same time, there is a certain responsibility that writers have to not contribute to the sexualization of our kids, too. I do want to make it clear that the "naughty bits" in the book are not over-the-top in terms of their presentation, and they are essentially integral to the story.

So, I didn't know what to do and I asked some friends about it.

I still haven't made up my mind, though, and may yet end up cutting those paragraphs out. I know, I know... Susan Patron would be pissed off at me, so don't tell her.

I'm going to sit on the fence for a while and wait for something to come to me.

In the mean time, since I've been thinking so much about this sex in YA issue, I've come to a kind of scary conclusion... and I may be totally wrong, so please comment back if I am. Read carefully: I am not saying "ALL."

It seems like a great deal of YA that includes sexual content focuses on the negative consequences of sex, and sex is often something that alienates and damages the psychology of the characters, or, at the very least, is symptomatic of some greater infirmity.

Is this at least partially because schools and school libraries often have guidelines for the adoption of books that hinge on presenting those consequences? (I do know of at least two school districts whose adoption guidelines are specific in this matter) Same with alcohol and tobacco. The book can't be adopted unless any alcohol or tobacco use, or sexual activity, are shown to have negative consequences.

I confess: when I was a teenager, many of us had sex, used tobacco, and drank alcohol, too. And the vast majority (and I will vehemently adhere to "vast" and "majority" here) didn't suffer any negative consequences. In fact, sometimes, certainly not all the time, those things are just part of being a kid, and sometimes, those things are fun.

I still haven't decided what to do.
Posted by Andrew Smith at 8:51 AM