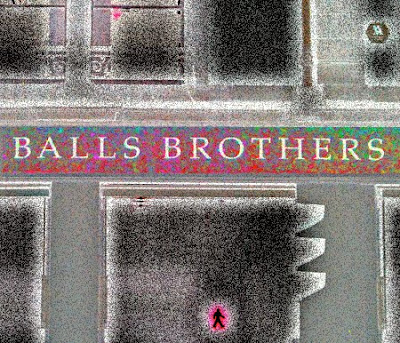 I have come to a decision.

I need to work on me.

It will be part of my reinventing a hipper Drew project, and it has to begin with me working on me.

I am going to stop saying things that bother people.

I am going to start by never saying anything when my wife is driving the car. I no longer care if we're supposedly headed to Los Angeles but end up in Tucumcari, New Mexico.

Because I need to work on me.

Last time I was in Arizona, I almost got into a fight at a cowboy bar.

I used to enjoy fighting.

But not any more.

Because I am working on me.

I was once a boxer. Go ahead, ask my friend Mike -- the guy who made me ride in the backseat of his car next to a life-sized metal statue of Don Quixote, all through Mexico.

When I think of that road trip, you know what I think of?

Not pissing off Mike by telling him which lane to be in.

There are no lanes in Mexico, anyway.

Yeah. I need to work on me.

I have never been knocked out, but I did knock a guy out one time.

Mike was there. He'll tell you.

I landed a sweet right straight into the guy's temple. He was about 3 inches taller and had all kinds of reach on me, but his eyes rolled back, his chin pointed up, and he was flat on his back in less than a second.

I never saw the guy after that.

Because me and Mike ran away after we took his wallet.

Then we hid his wheelchair in a dumpster.

I really need to start working on me.

It begins today.
Posted by Andrew Smith at 5:38 AM