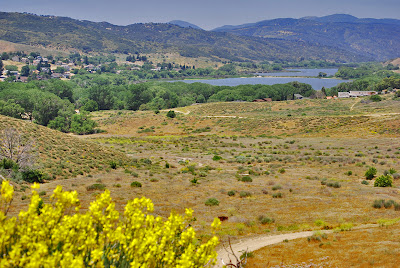 I don't get riled easily.

Yesterday, when I was trying to come home, I got stuck in the DC airport for a while due to a horrendous thunderstorm that stopped them from allowing planes to come to the gates.

I had no problem with the storm or the waiting. I had stuff to do and think about, anyway. But the gate area kept filling up with people who were frantic because their earlier flights had been canceled, people who were pissed off because they were going to miss connecting flights, and people who were arguably -- and, to the point -- insane.

And that can kind of have an influence on you like the second hand smoke at a Neil Young concert. But that's another story.

Soon, every seat in the gate area was taken (which also really gets to me, because I won't work on my laptop when someone is sitting next to me), and people were standing or lying down on the floor. It looked like a bomb shelter on May Day during the Cold War.

Okay. One woman, nicely dressed, professional looking, sitting across from me, kept staring out the windows at the booming lightning and blackout rainfall. And you know how people in these situations will just say things -- ask questions out loud -- even though nobody is really listening to them? (At times like these I try to have the I don't speak English look on my face -- I NEVER say anything to anyone in airports. Ever.)

So, here's what she said:

(I am not making this up)

"What if the lightning never stops?"

You know, there was a time... like, back in the 40s, I think, when it was perfectly acceptable for someone to slap a person for saying things like that. I could imagine someone, like, say... Richard Widmark, wearing a suit, tie, and fedora just reaching across and slapping a panicked seatmate in an airport for blurting out something like What if the lightning never stops?

And then, he'd probably say something like, "Get a grip on yourself. You're losing your mind."

Everyone standing around would nod, knowingly, and it would get really quiet.

It would also be in black and white.

Then they'd have a cigarette and silently watch the lightning.
Posted by Andrew Smith at 7:29 AM